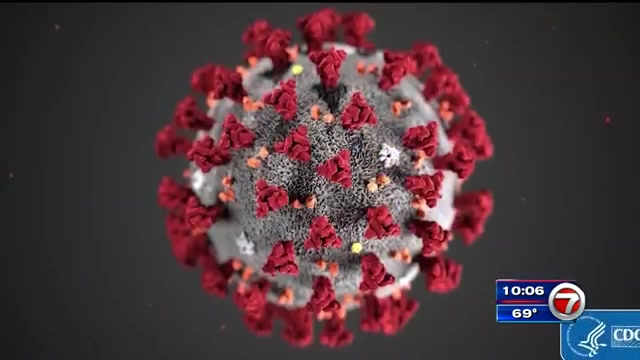 TAMPA, Fla. (AP) — A Florida sheriff announced he’s ordered the release of 164 inmates who are accused of non-violent crimes to help reduce the risk of the new coronavirus spreading in the jail.

Hillsborough Sheriff Chad Chronister said during a news conference Thursday that releasing the inmates will allow the detention deputies and jail staff to focus on higher priorities.

“These defendants are the lowest public safety risk and were merely sitting in jail because they could not pay the amount to bond out,” Chronister said. “These defendants will still have to answer to the charges against them. It is my hope these individuals will to make the most of this opportunity to be with their loved ones, help them prepare, comfort them and quarantine with them.”

The county, which includes Tampa, has some 2,700 inmates at two facilities . So far, there have been no confirmed cases of coronavirus among the inmates, the sheriff said. He said they’ve closed the lobbies at the jails, suspended video visitation and are having extra cleaning crews come in to disinfect in hopes of curbing the spread of the coronavirus.

He said if any of the released inmates commit another crime, they will be dealt with “in the strictest manner possible.”

Chief Judge Ronald Ficarrotta signed an administrative order authorizing Chronister to release certain inmates during the state of emergency that is similar to actions taken in an approaching hurricane.

The sheriff said new inmates are being screened for travel history and they are flagging anyone suffering from flu-like symptoms.

The new coronavirus causes only mild or moderate symptoms, such as fever and cough, for most people, but older adults and those with existing health problems can develop severe complications, including pneumonia. According to the World Health Organization, people with mild illness recover in about two weeks, while those with more severe illness may take three to six weeks to recover.

“We’re being extremely proactive to make sure we’re keeping those people we are responsible for safe,” Chad Chronister said. “We’ve ordered a large amount of masks and gowns and gloves put up additional hand sanitizers.”