Florida school locked down after parent’s fit over masks 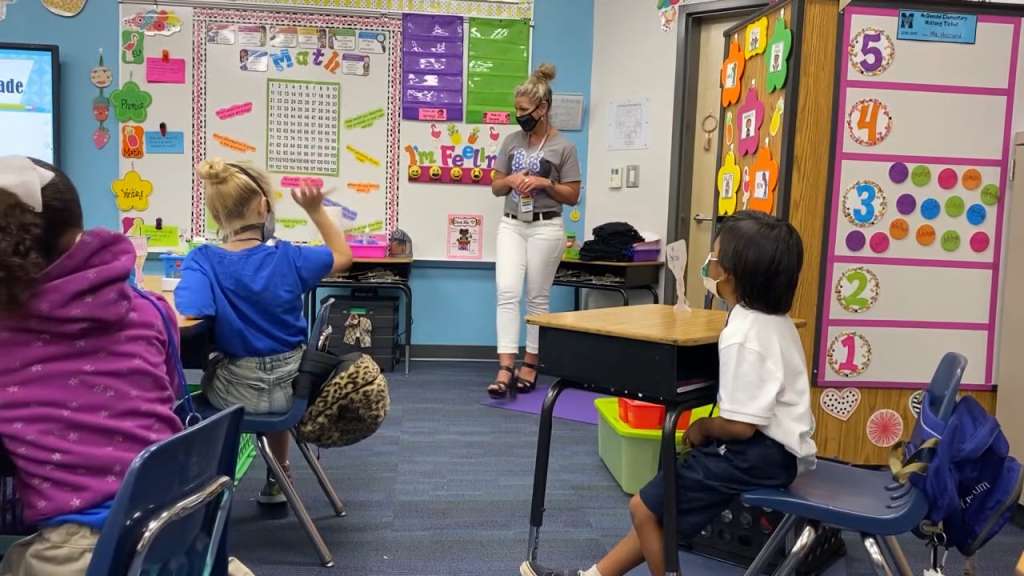 SARASOTA, Fla. (AP) — A Florida elementary school was placed in a temporary, limited lockdown after a parent threatened to leave his job and confront an assistant principal for telling his children they couldn’t come to school without being masked.

Christopher Kivlin was met by police officers Tuesday outside Ashton Elementary School in Sarasota. No charges were filed but he was ordered not to come back to the school without calling first and getting permission.

An incident report said Kivlin showed up to campus saying the school was violating the law by not allowing his children to attend school.

The Sarasota County school district is among a dozen of the Florida’s 67 districts, representing about half of the state’s 2.8 million public school students, that have defied Gov. Rob DeSantis’ executive order barring schools from requiring masks over parent objections. A judge last week ruled that DeSantis did not have the authority to issue the order. The DeSantis administration is expected to appeal the decision.

Kivlin told television station WFLA that he had no intention of hurting anyone but just wanted to talk to a school official. He apologized for scaring anyone and said “it was just emotions built up.”

“I found out after the fact that the school had to go into lockdown, I was like, ‘That’s horrible,’” Kivlin said. “I feel like I might have scared other parents.”