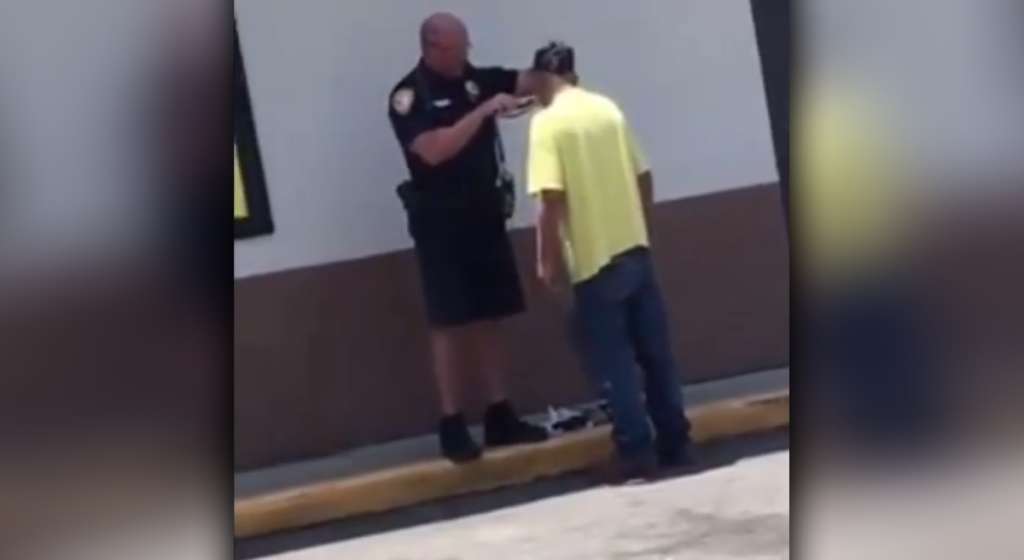 TALLAHASSEE, FLA. (WSVN) - A police officer in Tallahassee helped a homeless man get a job, and his act of kindness was caught on camera.

According to Tallahassee Police, the man had gone into a McDonald’s on Sunday to apply for a job.

The man, identified only as Phil by the Tallahassee Democrat, was told he couldn’t be hired unless he shaved his beard.

Phil got a razor and tried to shave in the parking lot of a gas station next door to the restaurant. That’s when Officer Tony Carlson noticed he was having trouble and approached him.

Carlson said Phil told him he was trying to get a job, so he helped the man shave so he could go back and get hired.

“If he’s wanting to help himself, I need to be more than helpful and try to help him out the best I can,” Carlson told the newspaper.

Greg Wallenfelsz took the video, which was then sent to police to recognize their officer’s good deed.

Local radio personality Greg Tish later posted a video with Phil, who said he got the job.

“The lady told me if I can show up Monday clean with my beard cut off, they’ll promise me a job,” Phil said in the video. “I was out here trying to shave, but I can’t see cause I don’t have a mirror, so the Tallahassee Police Department shaved me up the rest of the way.”