Florida man sentenced to life for killing wife, her 2 kids 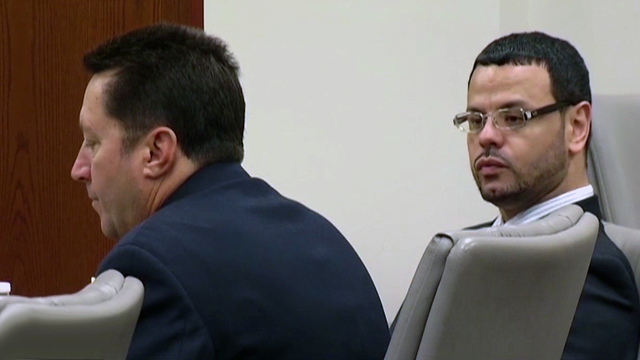 ST. AUGUSTINE, Fla. (AP) — A Florida man convicted of killing his wife and her two children will be sentenced to life in prison.

News outlets report jurors reached their decision Friday in the case against 35-year-old Luis Toledo. The jury voted 10-2 for death, but because the decision was not unanimous, he will serve a life sentence. He was recently found guilty on two counts of first-degree murder and one count to second-degree murder.

Blood was found at the couple’s Deltona home, but no bodies have ever been found.

He was also found guilty of evidence tampering for disposing of the bodies and other evidence.