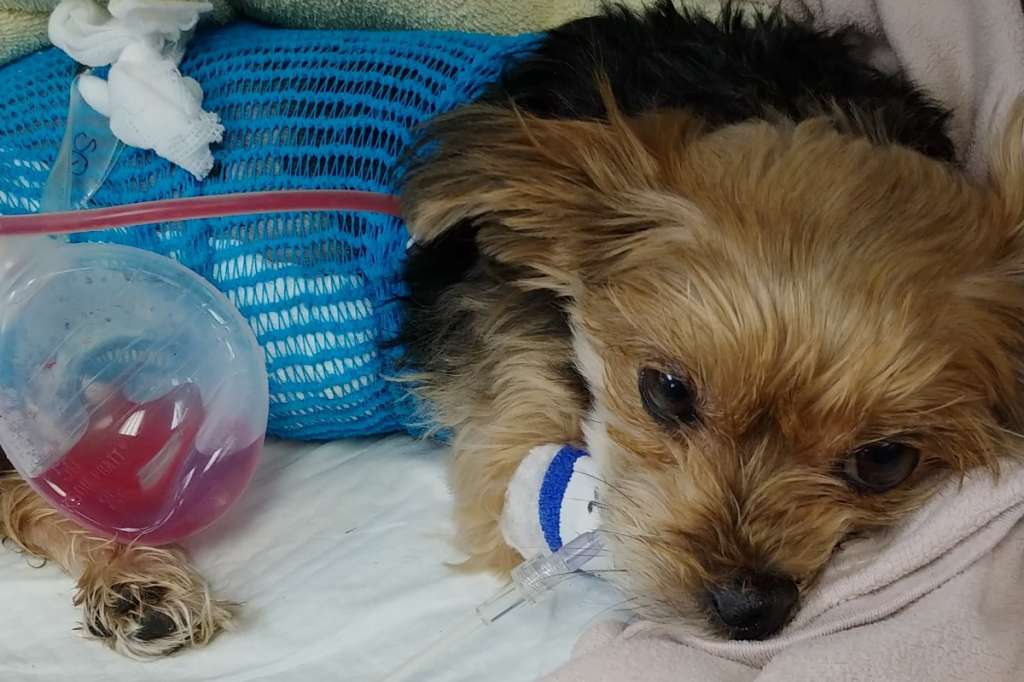 OVIEDO, Fla. (WSVN) — A Florida man kicked a bear to save his beloved dog from being attacked.

According to Fox 35, the Fulghum family saw a group of bears in their backyard and initially wasn’t worried. However, the situation quickly went from cute to deadly when one of the bears attacked the family’s Yorkie-Bichon mix Gator after he managed to get out the door.

“He’s a little dog who thought he was huge, but he’s little,” said Brandy Fulghum.

Fulghum’s husband, David, rushed outside to get Gator. However, a bear already had the dog clenched between it’s jaws.

David, wanting to save his beloved pet, then kicked the bear, making it let go of Gator.

“He said he was face-to-face with it, and he just drop-kicked it,” said Fulghum.

The couple rushed Gator to the vet, where doctors performed life-saving surgery. Gator survived the surgery, but he is now fighting for his life.

Fox 35 reported that the total cost of the bill is now up to $12,000. However, the family said it was worth it to save Gator.

“He’s like his therapy dog. When his dad passed away, he was there. Our son died in June of last year, so he’s been his best friend,” said Brandy Fulghum.

The Fulghums have since set up a GoFundMe account to help cover the cost of Gator’s bills.