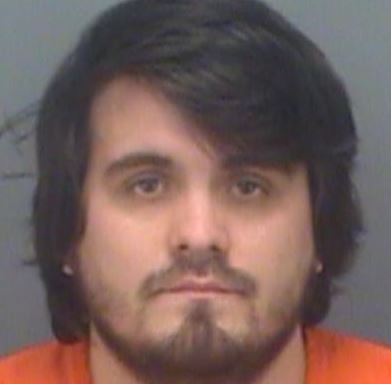 LARGO, Fla. (AP) — A Florida man is facing criminal charges after his 8-month-old son died while being kept in a sweltering bedroom with no air conditioning.

William Francis Hendrickson, 25, had been told by child protection authorities the day before his son’s death to keep his children in another room, The Tampa Bay Times reported .

The baby died on Thursday after being kept in the Largo mobile home bedroom that was 109 degrees when police arrived.

Authorities say the baby’s body temperature was 105.6 degrees. Hendrickson’s 2-year-old daughter had to be treated for dehydration.

The children’s mother was arrested days earlier on a battery charge, so was in jail at the time of the child’s death.

County child protection investigators did a welfare check on Thursday and told Hendrickson not to leave the children in the bedroom.

A neighbor said conditions at Hendrickson’s mobile home were “horrific.” Sherry McCauley, 48, told the newspaper that the inside was always hot and dark, and there were cockroaches and bugs everywhere.

Florida’s Department of Children and Families said there had been three previous investigations at the home over concerns about the children.

Eckerd Kids, the lead child welfare agency in Pinellas County, said concerns had been raised about the children to the proper authorities, but declined to comment further because of the ongoing investigation.