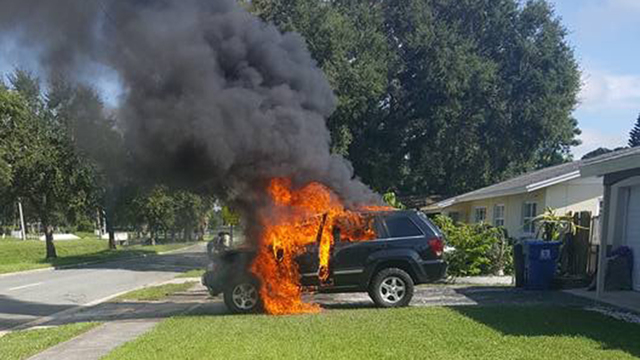 ST. PETERSBURG, Fla. (WSVN) — A Florida man’s Jeep has been totaled after he claims his Samsung Galaxy Note 7 exploded in the car while it was charging.

According to FOX 13, Nathan Dornacher left his Note 7 charging in the car after attending a yard sale with his family on Labor Day. Shortly after Dornacher was unloading a desk he bought for his 8-year-old daughter, he noticed his Jeep Grand Cherokee was engulfed in flames. 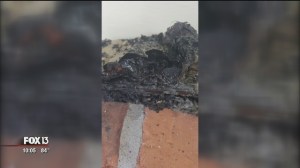 Local fire officials extinguished the fire but Dornacher told FOX 13 that the vehicle was a point of pride. He had spent extra money on upgrades to the vehicle and is now left without a car.

The Note 7 was recalled last week by Samsung after finding batteries of some of the flagship gadgets exploded or caught fire.

Samsung released a statement regarding the incident:

“We are aware of the incident and we are working with Mr. Dornacher to investigate his case and ensure we do everything we can for him. Consumer safety is Samsung’s highest priority. With regard to the Galaxy Note7, we are asking owners to take advantage of the Product Exchange Program announced on Friday of last week. The program offers Note7 owners the opportunity to exchange the phone for a new one. More details on the program can be found at http://www.samsung.com/us/note7exchange/.” 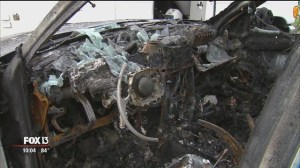 Thankfully, nobody was injured.