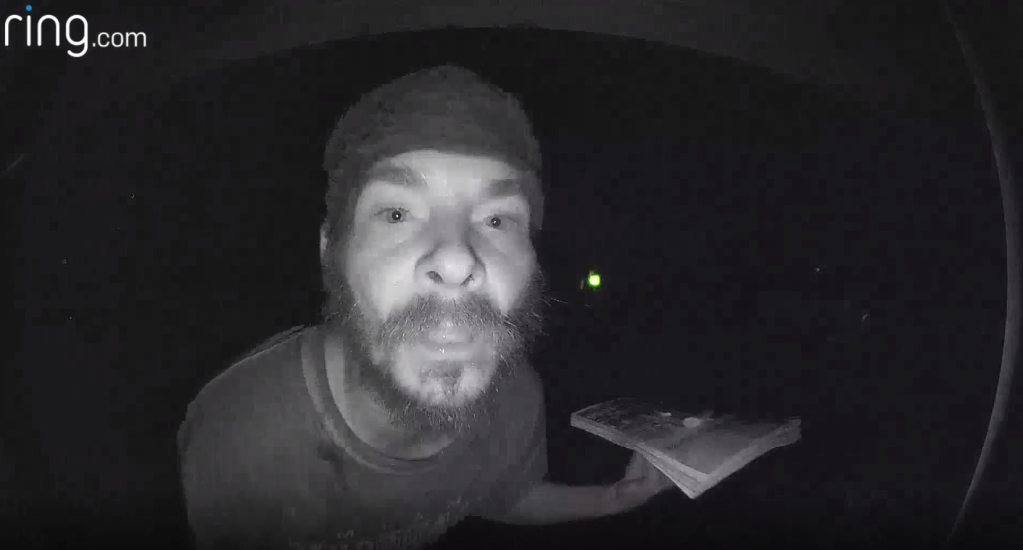 LAKE WORTH, Fla. (WSVN) — A Florida man has been caught on camera licking a homeowner’s doorbell.

Video shows the man, who is wearing a Miami Hurricanes shirt, standing outside the home before leaning in to lick the doorbell several times.

He then steps back and starts gesturing to what appears to be a stack of flyers or newspapers.

The man is then seen starting to walk away before returning to lick the doorbell again.

The incident took place at a home in Lake Worth, Florida.

The hoemowner said they know the man. “He’s asked my husband for cigarettes a few times, but now he’s coming around way to much. This was last straw. I’ve notified the police,” they wrote.

It is unclear why the man was licking the doorbell, or if he will face any charges.