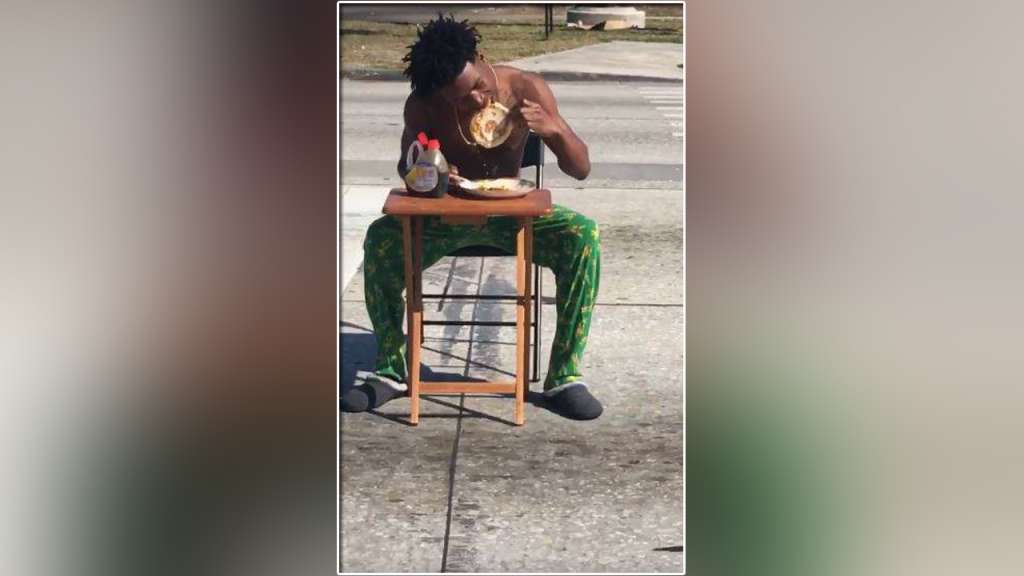 LAKELAND, Fla. (WSVN) — Drivers in Florida are rather accustomed to traffic backups, but this one took the (pan)cake.

Cars began to back up on a parkway in Lakeland after a man decided to set up a table in the middle of a crosswalk and treat himself to a pancake breakfast, Fox 13 reports.

That’s when 911 calls started coming in, telling police about a shirtless man wearing pajama pants whose breakfast brought traffic to a standstill.

The second man was recording the whole incident and posted it to Facebook. Although responding officers initially couldn’t find him, the social media video was shared with Lakeland Police.

Cops soon found the man, 21-year-old Kiaron Thomas, who lived just 100 yards away from the crosswalk he had blocked.

During an interview with police, Thomas admitted he did it as a prank.

Since his stunt prevented vehicles from moving, Thomas was charged with placing an obstruction in the roadway and disrupting the free flow of traffic. He is due to appear in court on April 25.