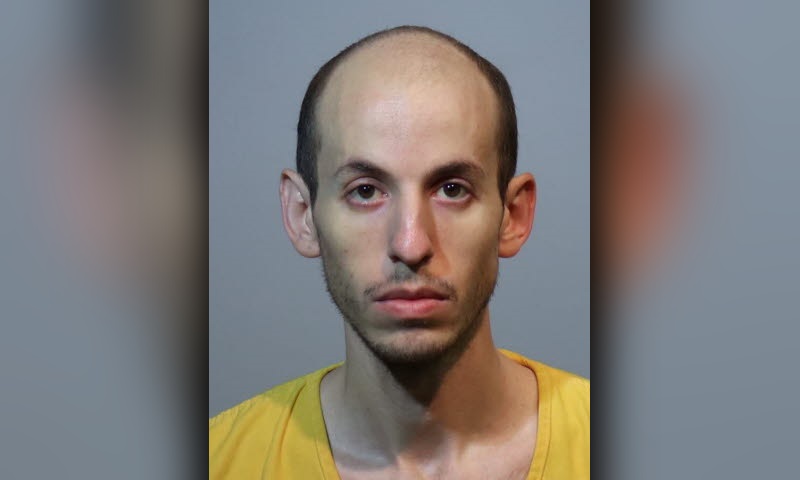 Grant Amato, 29, has been charged with three counts of first-degree murder in the deaths of his parents, Chad and Margaret Ann Amato, and brother Cody.

Seminole County Sheriff’s Office deputies found the victims’ bodies Friday in their Chuluota home after a co-worker reported that Cody Amato had not shown up for work.

Grant Amato was arrested and ordered held without bail Monday.

The Orlando Sentinel reports that according to an affidavit, Cody Amato’s girlfriend told deputies Grant Amato had stolen $60,000 and guns from his brother. She said Grant Amato had recently been kicked out of a training program to become a nurse anesthetist and stole the money to talk to a Bulgarian woman he met online. She also said Cody Amato told her he was afraid Grant “would kill everyone.”

Another brother, Jason Amato, told investigators Grant had stolen $150,000 from their father.

In an interview with investigators, Grant Amato said he had argued with his parents over his relationship with the woman he met through an adult website and that his parents told him he could have no contact with her if he wanted to continue living at their home.

Amato said he began a 60-day internet- and sex-addiction treatment program in Fort Lauderdale in late December at his parents’ request, but he left after a few weeks.

“Grant Amato initially agreed to the rules his father had set, but he didn’t think they were fair because he felt that the Bulgarian female was his girlfriend and they had a relationship,” the affidavit said.

According to the affidavit, in response to seeing crime-scene pictures of his parents and brother, Amato said “his family had been blaming him for months for ruining their lives … so he might as well be blamed for this, too.”

In June, Orlando police responded to AdventHealth Orlando, where he worked as a nurse, about a report of a suicidal person. Officers said Amato did not meet the criteria to be held for observation as a danger to himself or others, but he was arrested on a grand theft charge for allegedly stealing vials of Propofol, a powerful sedative.

Amato said he took the drug for patients who were not “adequately relaxed by doctor-ordered medication,” according to a police report. Prosecutors opted against filing charges against him.

On Dec. 20, his mother and brother reported that Amato was missing, depressed and possibly suicidal after losing his job and failing out of school. They also told deputies Amato had access to guns.

Jail records did not show whether Amato had an attorney.