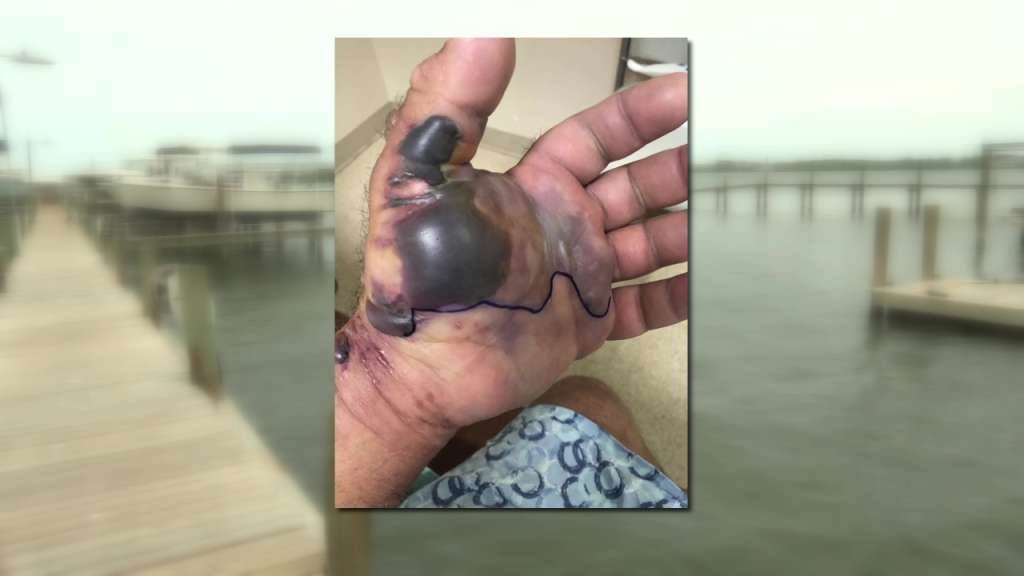 TAMPA, Fla. (AP/WSVN) — A Florida man is being treated for flesh-eating bacteria he contracted while fishing in the Gulf of Mexico.

Mike Walton tells Fox 13 that he was stuck by a fish hook while fishing about 20 miles off the coast of Palm Harbor on Saturday. He later went to a hospital, where he received antibiotics for his hand, which had started swelling.

“I had hooked my hand in the afternoon not thinking anything of it,” Walton said. “It was amazing how fast it was spreading.”

Walton says that by Easter Sunday, there were black bubbles growing on his injured hand. He was rushed to Tampa General Hospital where infectious disease doctors began treating him.

He says doctors considered amputating his arm, but were able to remove bacteria.

“When I woke up and [saw] my hand still attached, I was happy,” he said.

Walton said he’s expected to be released from the hospital Thursday and will be on antibiotics for a month.