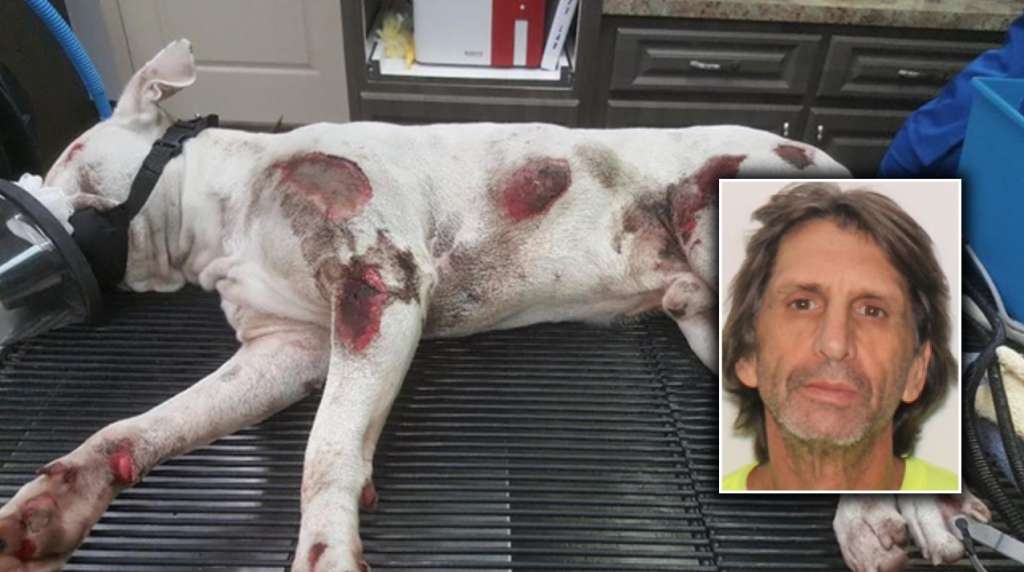 SPRING HILL, Fla. (WSVN) — Florida deputies are searching for a man accused of dragging a dog behind his truck.

According to the Hernando County Sheriff’s Office, deputies were called after witnesses reported seeing a 1-year-old pit bull terrier mix being dragged behind a truck in Spring Hill, Florida.

Witnesses said the animal was tied to the truck’s back bumper by a piece of rope that was attached to the dog’s collar.

The dog was eventually able to free itself from the collar and a witness tended to his injuries and took him to get medical treatment.

Deputies said the dog is expected to make a full recovery.

Investigators were eventually able to find the dog’s owner, who they identified as 58-year-old Gregory Tousignant.

Witnesses said it appears Tousignant did not know the dog had jumped out of the bed of his truck. However, deputies said, it is illegal to carry any pet in the bed of truck that is not properly secured and prevented from jumping out of a moving vehicle.

Deputies said Tousignant is homeless and they are now searching for him.

If anyone has any info on Tousignant’s whereabouts, they are asked to call the Hernando County Sheriff’s Office at 352-754-6830.