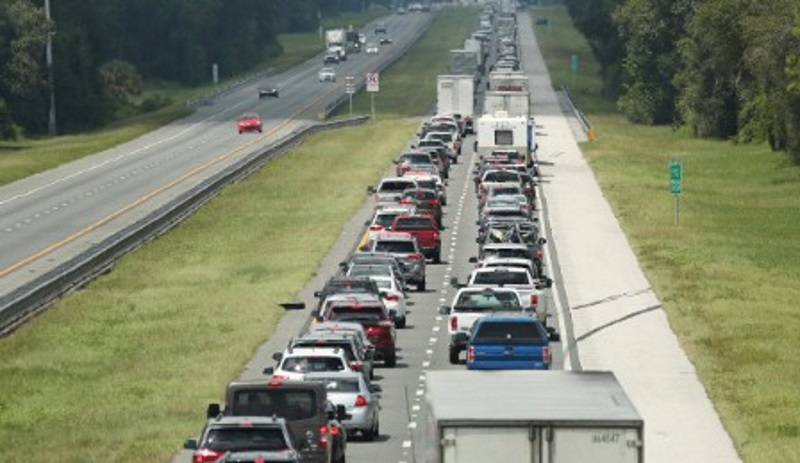 According to Fox 13, Secretary of the Florida Department of Transportation Michael Dew said that several safety concerns remain when considering making highways one-way for evacuees. This process, which is known as “contraflow,” is used in coastal areas of Georgia and South Carolina.

Reversing the direction of half of a highway would require at least two law-enforcement officers at each exit and entrance, the station reports.

Contraflow also can only be done during daylight hours, officials said, and would limit the movement of relief operations and fuel trucks in impacted areas. The state says reversing the direction would also limit drivers’ ability to exit for fuel, food and lodging due to closed ramps, and would lead to backups where lanes merge as the contraflow comes to an end.

The decision against using contraflow for evacuations was made on Thursday, and officials said Florida will instead continue using paved shoulders as extra lanes.

“Let me be very clear this morning: If our research, modeling or traffic-operations data showed that contraflow or one-way operations on highway corridors were safe and effective, we would take whatever actions were necessary to implement such plans,” Dew said.

The most recent evacuation in Florida was during Irma, where about 6.5 million people left their homes. Dew said that evacuation put pressure on the state highway system.