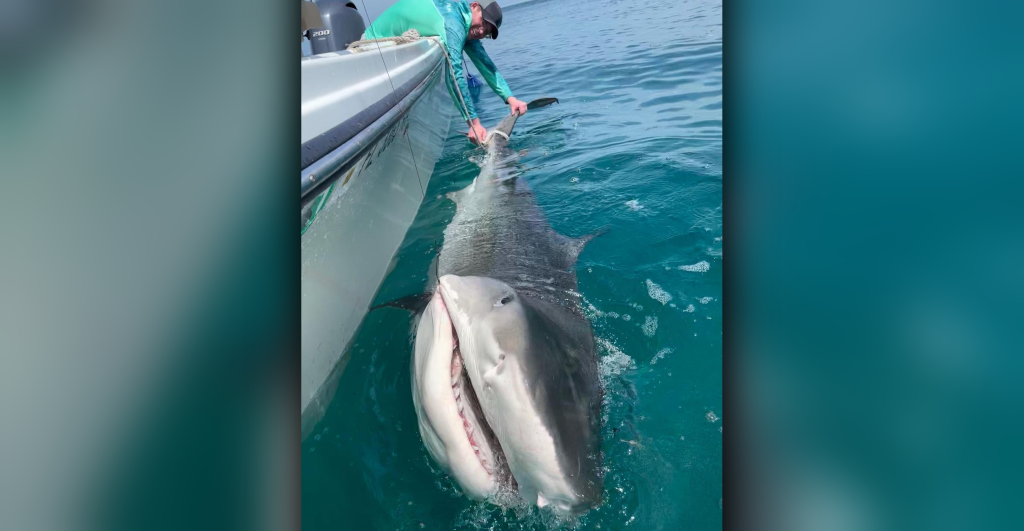 Norris said the shark was found off the coast of Bonita Springs.

However, that wasn’t the only tiger shark captured. Norris posted a photo of a second tiger shark that was caught on Tuesday.

According to Florida Fish and Wildlife, tiger sharks can reach a maximum size of 15 to 18 feet. However, they mature between 7-10 years old at about 10 feet. The creature is estimated to live around 30 years.