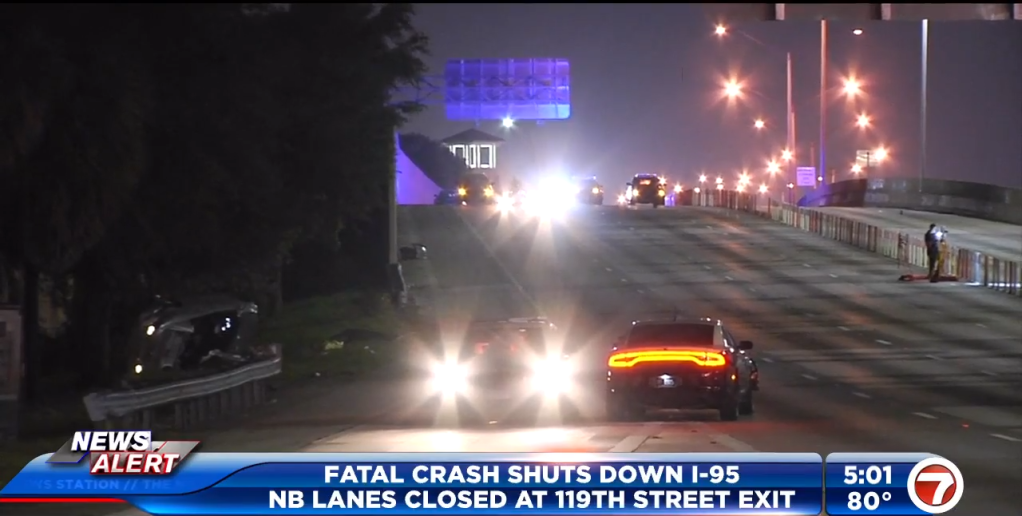 Just before 1 a.m., Friday, a driver lost control and drove off of the roadway and onto the grassy shoulder where their car collided with a tree.

The Lexus sedan was traveling north on Interstate 95 in the area of Northwest 125th Street.

The vehicle swerved to avoid debris on the roadway before the crash.

Heavy traffic was seen on I-95 near the exit of 119th Street throughout the morning.

Video footage showed a vehicle that rolled over and landed near a wooded area.

The passenger in the vehicle died on the scene. The driver did not sustain any injuries.

Officials closed off the northbound lanes for an investigation.

I-95 northbound lanes have since reopened, but another small accident forced the express lanes to remain closed for a period of time.