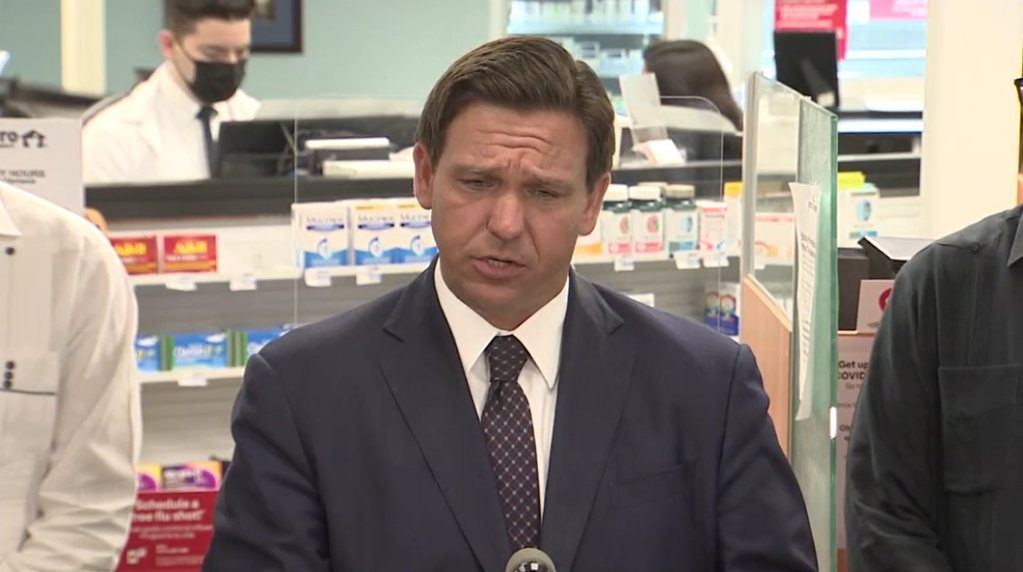 During a news conference on Tuesday, DeSantis said Florida is following recommendations for a pause from the Centers for Disease Control and Prevention while safety issues are examined.

The governor said he received the Johnson & Johnson vaccine earlier this month and felt no ill effects other than a temporarily sore arm, adding that he believes the recommended pause will soon be lifted. More than 6.8 million doses of the J&J vaccine have been given in the U.S., the vast majority with no or mild side effects.

Meantime, officials in Orange County — home to Disney World, Universal Studios and Sea World — is making plans for reducing some COVID-19 restrictions now that more than a fourth of its residents have received at least one dose of the coronavirus vaccine.

The eagerness of Orange County officials to prepare for an end to the pandemic is being matched by many authorities around the country, even as the U.S. Centers for Disease Control and Prevention warns that it’s too soon to relax restrictions, given troubling indicators of another wave of infection.

Orange County Mayor Jerry Demings said the plan may be announced this week and could reduce occupancy restrictions on some businesses and loosen social distancing and mask requirements, but won’t wipe out his executive order requiring masks in public, the Orlando Sentinel reported.

“That doesn’t mean that nobody will be requested or required to wear facial coverings,” Demings said. “I think we’re a few months away from that.”

Demings said the plan is being crafted with advice from local epidemiologists, the CDC and public health data on vaccination and infection rates.

However, the CDC data for Orange County show that over the last 7 days, new cases have increased by 14% and deaths jumped by 44%. The testing-positivity rate rose slightly to 6.7%, even as fewer people got tested, with testing volume dropping by 7.5%.

Demings said the plan would be implemented in phases and could be based on a businesses’ indoor and outdoor capacity.

“We knew that we would not be in this phase forever … so I believe when we look at those who are perhaps eating in restaurants, there are some modifications I think that can be made there,” Demings told news outlets.

In June, the mayor issued an executive order requiring face masks as infections soared in central Florida, even as Gov. Ron DeSantis opted against a statewide mask order.

Many experts say 70% or more of the population needs to be vaccinated or previously infected to achieve the herd immunity that would protect other vulnerable people.

Previously Demings had said he planned to keep the mandate in place until at least half the county was vaccinated.

Statewide, nearly 7.3 million people had received at least one dose of the COVID-19 vaccination, the state’s health department said. Of those, 4.4 million are fully vaccinated.