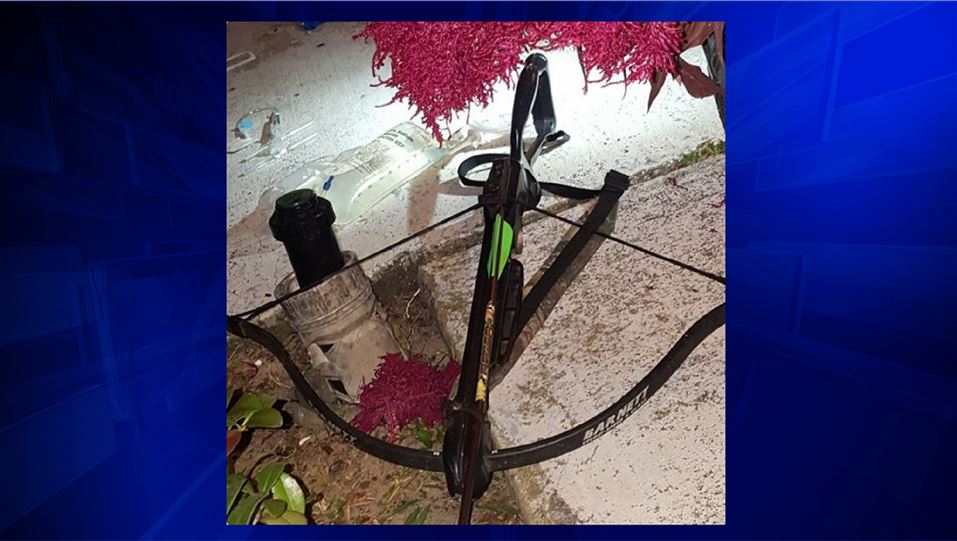 According to a Pinellas County Sheriff’s Office statement, deputies were called to 55-year-old Stanley Eversole’s Palm Harbor home Thursday evening. A friend was concerned about the safety of Eversole’s 53-year-old girlfriend because the couple had been arguing throughout the week, authorities said.

Sheriff Bob Gualtieri told reporters that Eversole had threatened his girlfriend with the crossbow several times because he was angry that she was planning a European vacation with a friend instead of with him.

“He told her that if she called the police, he was going to kill the cops who showed up. So she didn’t call the police. He continued with this angry and erratic behavior over the last couple days,” Gualtieri said.

As deputies spoke outside with his girlfriend, Eversole abruptly exited the home with a crossbow loaded with an arrow and pointed it at two deputies standing nearby, Gualtieri said.

According to the sheriff’s office, Cpl. Casey Hunter and Deputy Brian Sudbrink feared the other deputies’ lives were in danger and fired at Eversole, striking him at least three times.

Eversole was pronounced dead at a hospital. Hunter and Sudbrink were placed on paid administrative leave. The sheriff’s office didn’t specify the races of Eversole or the deputies.

Eversole had no criminal history or any history of mental health problems, Gualtieri said.