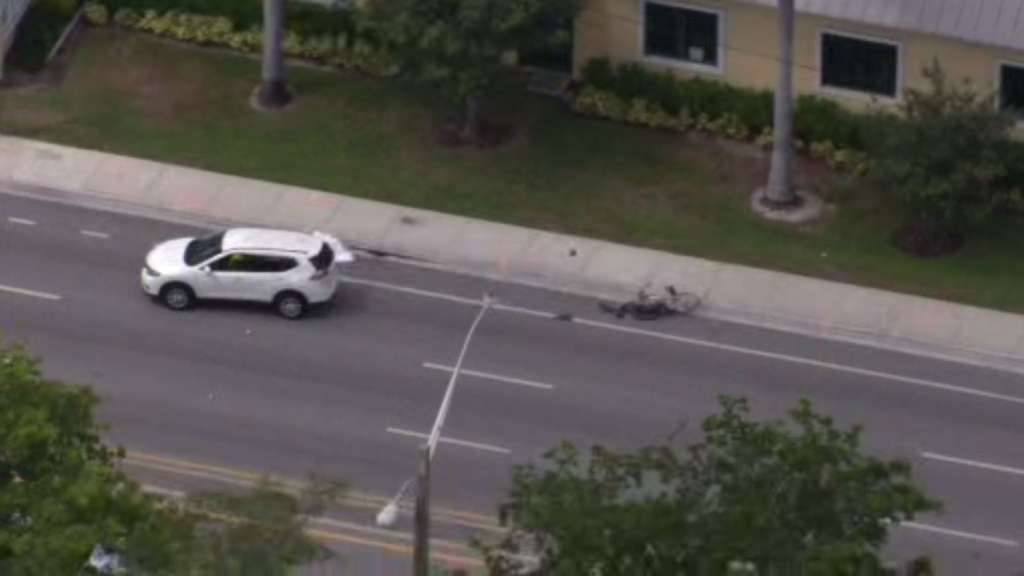 FORT LAUDERDALE, FLA. (WSVN) - Police are investigating after a cyclist was struck and killed by a driver in Fort Lauderdale.

Officers responded to the scene right outside of the Fort Lauderdale Police Department, located along Southwest 12th Avenue and West Broward Boulevard just before 3 p.m., Monday.

7SkyForce HD flew over the scene where a body covered by a white tarp could be seen next to a white Nissan crossover. A damaged bicycle could be seen just a few feet away.

The driver who struck the cyclist remained on scene and is said to be cooperating with investigators.

Police temporarily blocked off parts of West Broward Boulevard while they investigated.

West Broward Boulevard has since reopened.