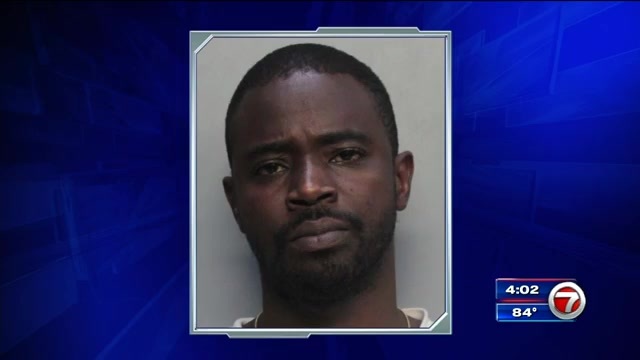 MIAMI BEACH, FLA. (WSVN) - Crime Stoppers has increased the reward offered for information leading to the arrest of man suspected of shooting and killing a woman in Miami Beach.

Miami Beach Police detectives are searching for 33-year-old Keith Brown Jr. and have described him as “a very dangerous man.”

Officials said Brown is directly connected to the murder investigation into the fatal shooting that took place near the corner of 10th Street and Collins Avenue, just after 2 a.m., Sunday.

REWARD UPDATED – with the help of Mango's Tropical Cafe on Miami Beach, we are raising the reward in the case of Latoya Michelle Wiggins up to the amount of $10,000 for the tip that leads to the arrest of Keith Brown, Jr. pic.twitter.com/0hZuwlg9ZU

Surveillance video captured a man running away from the scene, leaving 32-year-old Latoya Michelle Wiggins dead on the road.

She leaves behind a young daughter.

Authorities warn the public not to approach Brown and said he is armed and dangerous.

Detectives are searching for a gold 2004 Kia Rio with the tag number CMV2081.

If you have any information on this shooting or Brown’s whereabouts, call Miami-Dade Crime Stoppers at 305-471-TIPS. Remember, you can always remain anonymous, and you may be eligible for a $10,000 reward.