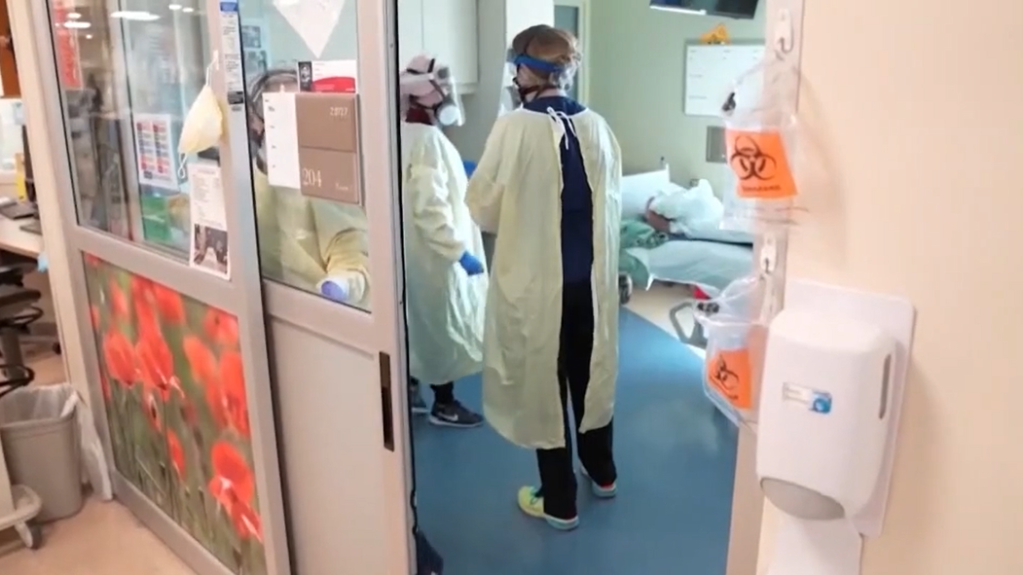 MIAMI (AP) — Mounting deaths from the latest surge in COVID-19 have strained capacity at hospital morgues and funeral homes across central Florida.

While Florida’s record levels of new cases and hospitalizations for the disease have leveled off over the past week, averages of daily reported deaths have continued to climb. Hospitals in Florida have reported to the federal government that roughly 279 patients have died every day for the past week, according to the U.S. Department of Health and Human Services, though that figure includes deaths suspected, but not yet confirmed to have been, from COVID-19. The figure just a month ago was 52 deaths per day.

AdventHealth’s hospitals in central Florida are scrambling to secure additional resources to deal with the surge in deaths, the hospital group’s spokesperson, Jeff Granger, told The Associated Press. The Orlando Sentinel reported the health system had reached morgue capacity at 10 of its hospitals in five counties: Orange, Osceola, Polk, Seminole and Volusia.

“We have begun utilizing rented, refrigerated coolers at 10 of our campuses,” the hospital group said in an email obtained by the newspaper. “These coolers are quickly becoming filled also.”

Maria Rosales, who runs an Orlando-area company that picks up bodies from hospitals and delivers them to funeral homes or crematoriums, says she has seen an increase in deaths in the past two weeks.

“They have to rent out big trucks for extra storage spaces,” she said of the hospitals.

Recently her drivers have been stuck waiting at the funeral homes and crematoriums because several other companies are also trying to deliver bodies at the same time, she said.

Funeral directors also warned that their facilities are being overwhelmed, according to numerous news outlets.

The Florida Department of Health did not respond to an email requesting comment.

One sign of relief is that hospitalizations have decreased in recent days. The Florida Hospital Association said there has been a 4% decline over the past week, but warned people not to let their guard down and to get the vaccine.

“Fingers crossed, we may be seeing the beginning of a downward trend in COVID-19 hospitalizations, but new cases remain near all-time highs, so it is much too early to declare victory,” said President Mary Mayhew.

Florida has seen more than 43,600 deaths in the pandemic, with more than 5,600 of them so far this summer, according to figures from the U.S. Centers for Disease Control and Prevention.

In Columbia County, which now has the state’s highest cases of COVID-19 per capita, 17-year-old Jo’Keria Graham died just days before she started her senior year of high school.

The teen, who loved taking care of kids and called her grandparents daily to check on them or help at their office, was in quarantine at her Lake City home after testing positive for the virus shortly before school started, her grandmother Tina Graham said. She seemed to be on the mend and asked her grandparents to come to her house and bring her breakfast. They were still on the phone with her when she collapsed in the bathroom.

Jo’Keria, who died earlier this month, was buried in her cap and gown, her grandmother said.

Brothers Aaron, 35, and Free Jaggi, 41, died of COVID-19 within 12 hours of each other at different hospitals in Jacksonville. The men, who had moved back in with their mother to help after their brother died five years ago, were not vaccinated but worked from home and rarely left the house, said Brittany Pequignot, who said she has lived with the family at various times and is like an adopted daughter.

“They were her whole life and now they’re gone,” Pequignot said through tears Friday.

The mother, 62-year-old Lisa Brandon, who had already received one vaccine shot, also contracted the virus but her symptoms were mild, Pequignot said.

Brandon is convinced that if her sons had also gotten vaccinated, “they would have survived,” Pequignot said.