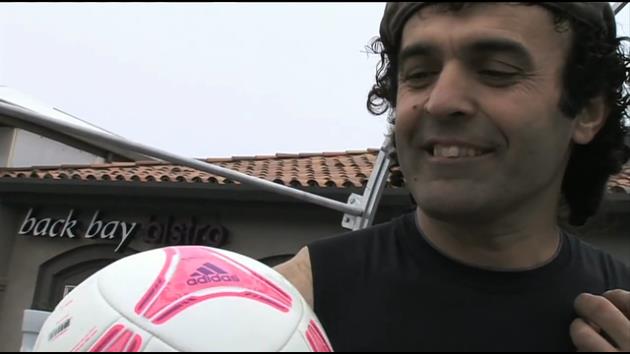 JACKSONVILLE, Fla. (AP) – Authorities say a Florida man who was making a third attempt to reach Bermuda in an inflatable bubble threatened to kill himself if the Coast Guard did not let him continue his journey.

The SunSentinel  reports that 44-year-old long-distance runner Reza Baluchi was stopped by the Coast Guard in July and committed to a Jacksonville psychiatric hospital for evaluation. He was released shortly thereafter.

A Jacksonville Sheriff’s Office report says Baluchi had held a knife to his chest last month as authorities approached him about 90 miles off the coast of Jacksonville. Baluchi told the newspaper Thursday he never threatened to kill himself.

The Coast Guard had stopped Baluchi without incident on his two previous tries to reach Bermuda from Florida. He says he wants to raise money for abused children.