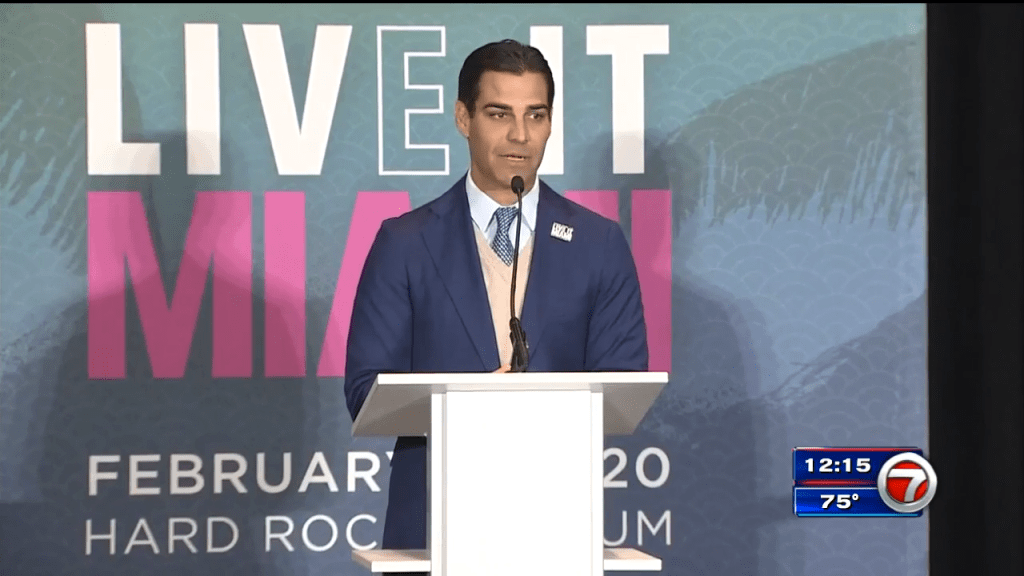 MIAMI (AP) — Miami’s mayor says he plans to distribute the proceeds from the city’s cryptocurrency to residents.

Mayor Francis Suarez said Thursday during an interview with a cryptocurrency news site that he was planning to convert the millions of dollars in proceeds MiamiCoin has created into a Bitcoin “dividend.”

“We’re going to be the first city in America to give a Bitcoin yield as a dividend directly to its residents,” Suarez said in the interview with Coindesk.com. “We’re going to create digital wallets for our residents, and we’re going to give them Bitcoin directly from the yield of MiamiCoin.”

Among the questions that still need to be answered, according to Suarez, are whether the dividends will go to taxpayers, residents, people who vote in the city or those who have Miami addresses.

Promotion of tech and cryptocurrency in Miami has boosted Suarez’s national profile for nearly a year, according to the Miami Herald.