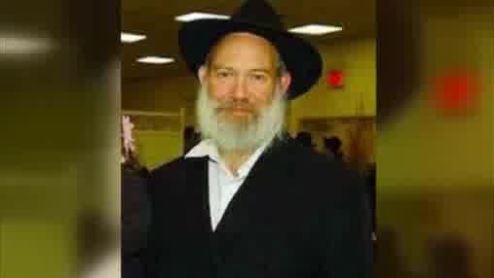 NORTHEAST MIAMI-DADE, FLA. (WSVN) - In a major twist, Tuesday, the charges against a teen accused of killing a rabbi who was visiting South Florida have been dropped.

Sixteen-year-old Deandre Charles, had said all along that he did not kill Rabbi Yosef Raksin in August of 2014.

On Tuesday, the state said they did not have evidence to charge the suspect. Furthermore, they said, an armed robbery that happened the day before also played a major role in the state’s decision to drop the case against Charles.

Raksin was killed in August of 2014 while he was walking to a synagogue in Northeast Miami-Dade.

Charles, who was only 14 at the time, was arrested as a suspect in December of 2015, and spent months behind bars before he was put on house arrest.

“I did not switch up my story yet, bro, I told you everything,” said Charles in a police interrogation video in December of 2015. “You think I want to be here? I don’t want to be here, bro.”

“Unfortunately, at this time, the trial team does not believe it can prove the defendant’s guilt beyond a reasonable doubt,” said the Miami-Dade State Attorney’s Office in a statement.

The state had been relying on DNA evidence to charge Charles. However, their evidence fell apart.

Since the shooting in 2014, the crime laboratory at the Miami-Dade Police Department has changed its protocol when it comes to DNA. Now, the state believes the evidence against Charles would not have held up in court.

“What they had in this case was a DNA profile that was consistent with the profile of Deandre, ” said attorney James Demiles.

The state was also relying on cellphone records to prosecute Charles. The initial information they had received was that Charles’ cellphone was in the same area where the rabbi was killed.

However, it was then discovered that the cellphone was being used by someone else.

And yet another thing devastated the prosecution’s evidence.

“At the time of the indictment, the trial team was unaware that the firearm used in this murder had been used 30 hours prior in an armed robbery,” added the Miami-Dade State Attorney’s Office in the statement.

On Oct. 1, 2015, the investigation discovered a connection between that armed robbery in Northwest Miami-Dade and the murder. A police analyst confirmed both casings were fired from the same gun.

However, prosecutors said they were never made aware of this connection until months later.

In March, 7News sat down with the rabbi’s daughter, who told us she had been longing for justice.

“Sometimes it’s hard for me to look at the picture,” said the rabbi’s daughter Shuli Labkowski in March of 2016. “I don’t always have what say because justice is still not done.”

Despite Tuesday’s verdict, the state is not giving up in its search for the killer responsible for the rabbi’s death.

“The state attorney’s office remains committed to bring justice to the Raksin family,” said the Miami-Dade State Attorney’s Office in the statement.

Deandre Charles and his attorney, Adam Goodman, spoke to 7News about their thoughts on the recent developments. “We’ve said from the beginning, this is not just a ‘not guilty,’ this is a ‘he did not do this, he was not there that day,'” Goodman said. “This was a travesty. This was one of the themes that Jimmy and I were gonna talk about in trial, was that there were two travesties that happened. The homicide is obviously extremely sad. Arresting a young kid is horrible, especially if you have a case like this. I know this case should never have been brought against Mr. Charles. It was just really unfortunate.”

The rabbi’s family has been informed of the verdict. Although they are disappointed, they are still waiting and praying for justice.