Two families speak out about losing loved ones to fentanyl overdoses 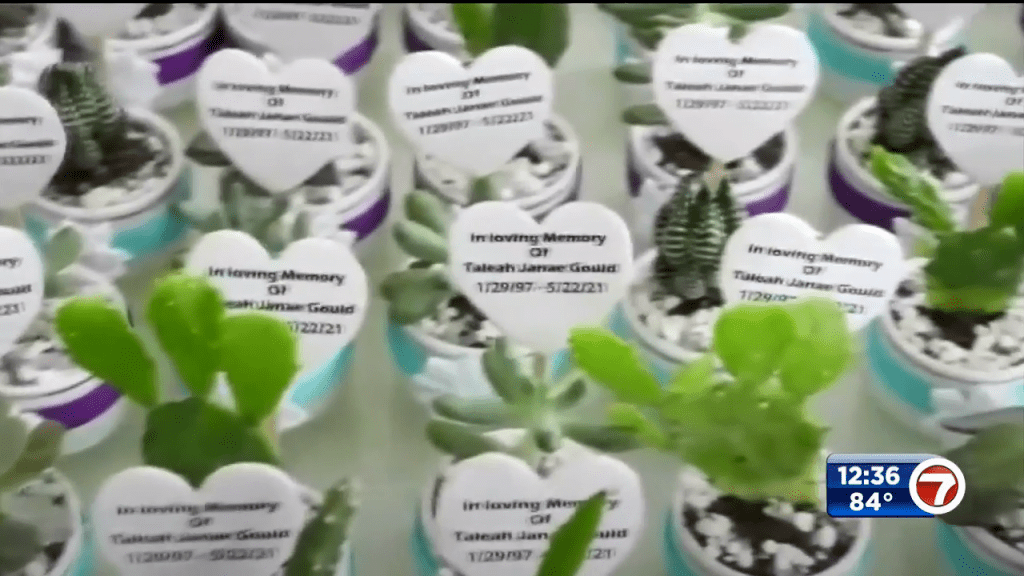 MIRAMAR, FLA. (WSVN) - Two South Florida families are sharing their stories after losing their loved ones to drug overdoses.

Glorymar Dorta and Chris Cavallo both lost their daughters to the opioid fentanyl.

“You think your child’s never going to die with something like that until it happens to you,” Dorta said.

The powerful opioid is responsible for the most drug overdoses in the country last year.

Dorta’s daughter, Taleah, was just 24 years old when she died.

“She took a pill, which I believe she thought was oxycodone, and it turned out to be pure fentanyl,” Dorta said.

Chris’ daughter, Stephanie, was 38 years old when she died.

“She bought what she thought was heroine, and as it turns out, was pure fentanyl,” Chris said. “She didn’t have a chance.”

Her twin sister, Christina, knew she was gone before she’d even been told.

“I couldn’t get out of bed, didn’t feel well and I just knew,” Christina said.

This was also proof that hearts can break twice.

Christina and Stephanie lost their mother to an overdose years before.

“The reality is that we’ve been crushed,” Christina said.

According to police, the numbers are very concerning.

Back in 2019, just in Broward County, more than 300 deaths were due to fentanyl. That number rose to more than 500, just a year later.

For families who have lost loved ones, they wonder how high will the numbers go.

Dorta will spend the weekend marching in D.C. to create awareness about fentanyl.

Chris has dedicated his life to battling addiction through the Robin Foundation, which was named after his late wife.

“Addicts are in all walks, shapes of life,” Chris said. “They’re not just the person that’s under the bridge.”

This is all in hopes of sparing another family from suffering the heartbreak of a fentanyl overdose.