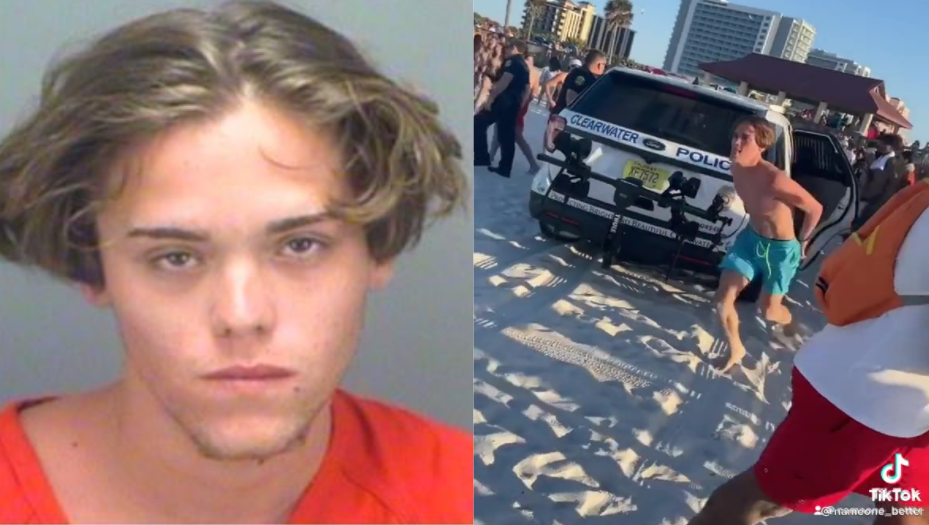 CLEARWATER, Fla. (WSVN) — A young man has been arrested after a video went viral showing him fleeing from the back of a police cruiser on a Florida beach.

Viral video shows the handcuffed suspect running from police after a bystander on a crowded Clearwater Beach opened the back door of the police cruiser.

Police said the ordeal began when officers patrolling the beach saw a large group of people, and they began addressing disorderly conduct issues and other ordinance violations.

As additional officers arrived, police said a fight broke out, and ultimately the suspect was placed in the backseat of a cruiser. As the officer who placed the man in the cruiser walked to the front of the car to drive off, a person opened the door and the suspect escaped.

Police were eventually able to catch up with the suspect and take him back into custody.

“While many of the young adults in the video think this is funny, it has turned what would have been a very minor violation to one that will have severe consequences,” Clearwater Police Chief Dan Slaughter told Fox 13.

The man was identified by police as 18-year-old Dominic Glass. He is being charged with escape, disorderly conduct and resisting an officer without violence.

Police also said they have taken the person who opened the cruiser door into custody. Fox 13 reports he was identified as 18-year-old Adam Asad of Oldsmar. Asad has been charged with aiding prisoner escape and resisting arrest without violence.