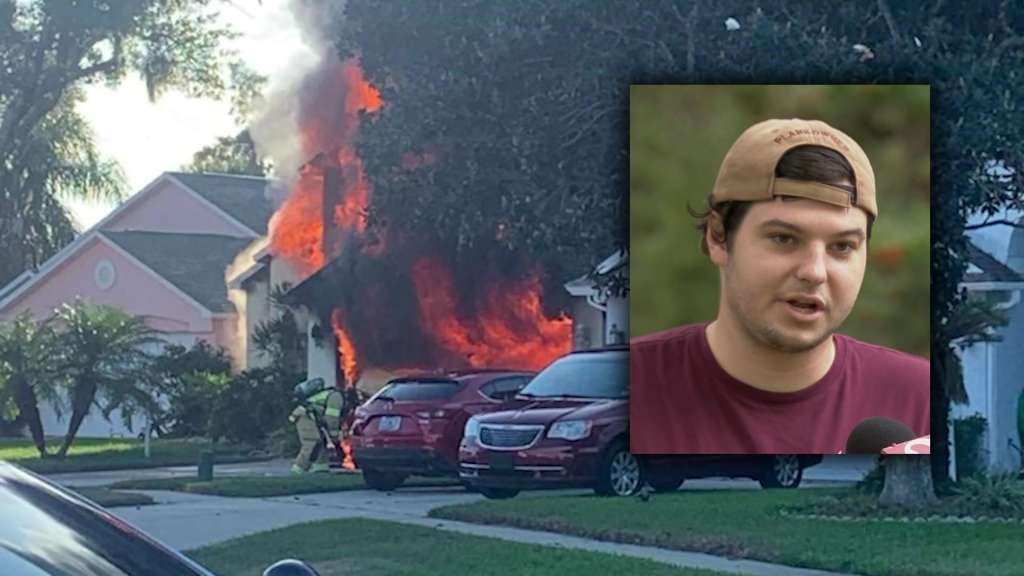 NEW SMYRNA BEACH, Fla. (AP) — When an Amazon delivery driver heard screams coming from a central Florida home along his route last week, he dropped his packages and ran to help.

Inside the burning home, Sean Campbell, 23, found an elderly man who needed help getting out.

“I heard the screaming, and when you hear something like that, you have to go to it,” Campbell told WESH-TV.

The fire had apparently started in the couple’s garage on Friday, the television station reported. A woman had gotten out with help from a neighbor, but the man was still inside when Campbell arrived.

He said he ripped open the front door and saw the man in the kitchen.

“He was in the kitchen with his walker, just standing there. I don’t think he truly knew what was going on, so I was like, `Sir, come on, I need to help you. Come on, let’s get out,”‘ he said.

Campbell said the man had a hard time moving quickly, so he had to be calm and convincing.

The couple’s son, Tim West, said he is grateful for Campbell’s help.

“It was fantastic he was both here and able to go inside and brave enough to go inside. We really appreciate that,” West said.

Firefighters rescued the family’s dog. The house was not a total loss, but is not livable, officials said. The couple will be staying nearby with a grandson, the station reported.