A Florida mom had two sets of twins in one year. She had better chances of winning the lottery 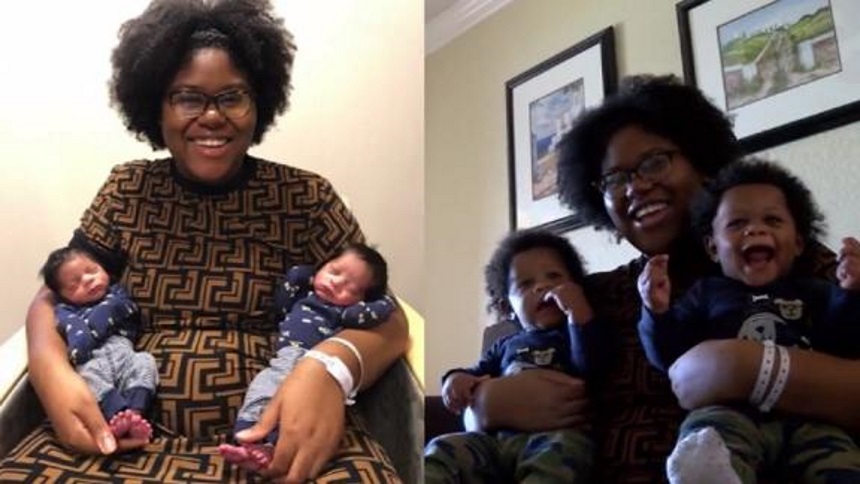 (CNN) — A Florida woman said she didn’t know that twins ran in her family until she had two sets in one year.

Alexzandria Wolliston welcomed her first set of boys, Mark and Malakhi, in March, and her second set, Kaylen and Kaleb, in December.

Wolliston told CNN affiliate WPTV that she found out about her second set in May, with no intention of having more children at the time.

The odds? The 2018 twin birth rate was 32.6 twins per 1,000 births, according to CDC data. But for the same mother to give birth to two sets of twins, in the same year, well, doctors told Wolliston she had better chances of winning the lottery.

“Oh, yes,” Wolliston said. “I feel like I hit the twin lottery.”

She also feels like there’s something else at work.

That she would have twins began to make more sense when, during the course of the year, Wolliston learned that both of her grandmothers had lost twin boys. “I always say that I feel like my grandmothers gave me their kids because two sets of twins and their twins passed away? I feel like they just sent them down for me,” she said.

Wolliston already has a three-year-old daughter, and she said that her oldest child helped prepare her for these babies.

“She was actually worse than them, so she was like two babies in one,” Wolliston said.

Wolliston said she is planning to keep her kid count right where it is.