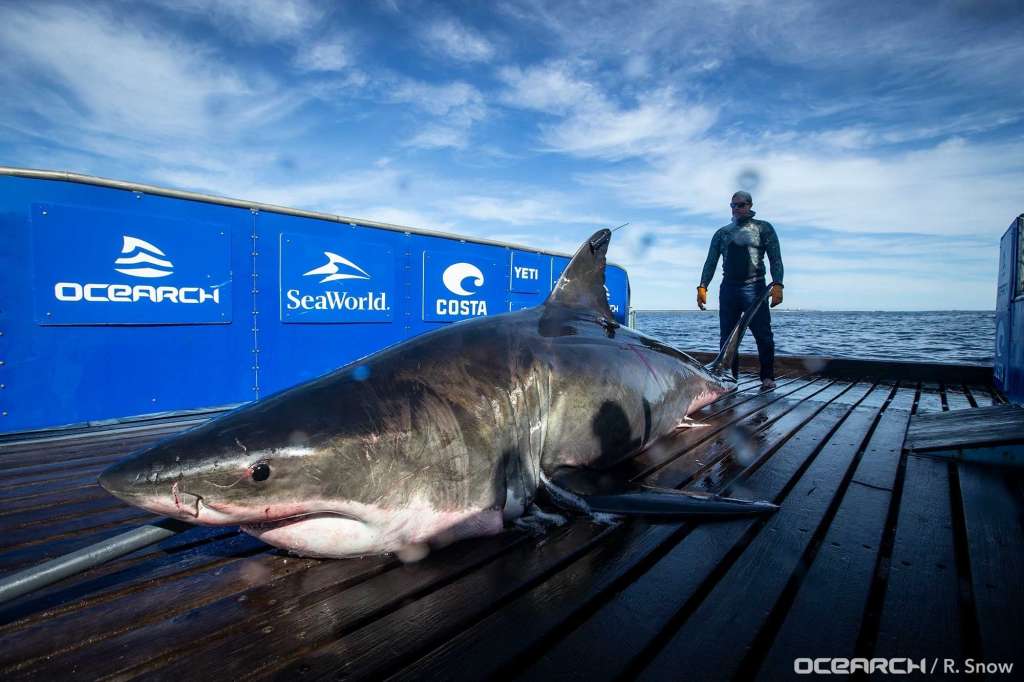 A great white shark that weighs over 2,000 pounds and measures 15 feet, 5 inches long has been swimming along the US East Coast.
CNN

(CNN) — A great white shark that weighs over 2,000 pounds and measures 15 feet, 5 inches long has been swimming along the US East Coast.

The female shark has been tagged with a tracker, which registered her being off the coast of Myrtle Beach, South Carolina on October 12.

Since then, the shark has moved further south to the Florida Keys, where she showed up on Saturday.

The shark, named Unama’ki, a term used by indigenous people of Nova Scotia which means “land of the fog.”

OCEARCH, a nonprofit that tracks marine life in collaboration with SeaWorld, said it first tagged Unama’ki near Nova Scotia in September.

She is the second biggest white shark the group has tagged in the northwest Atlantic, CNN affiliate WSOC-TV reported.

“As a big mature female, Unama’ki has the potential to lead us to the site where she gives birth and exposes a new white shark nursery,” OCEARCH said.

The Florida Fish and Wildlife Conservation Commission (FWC) said that while Florida beaches and waterways “more than likely contain sharks,” the animals have played a major role in maintaining balance in the state’s ecosystem.

“Shark activity is at its peak in Florida waters during April through October,” the FWC said.

However, shark attacks are still rare, with humans being “30 times more likely to be struck by lightning in Florida than to be bitten by a shark.” On the other hand, however, fisheries around the world kill around 100 million sharks every year.

The FWC urges visitors to be aware of their surroundings and understand the risks they take swimming in the waters.