MIAMI BEACH, FLA. (WSVN) - A married couple was killed and another victim was rushed to the hospital after, officials said, their boat slammed into a jetty near Government Cut, launching a search for a missing boater and leaving loved ones devastated.

Friends of the victims said they were two couples who went out on the water to celebrate one of their birthdays.

“At least two lives were lost. It took place in the area of Miami Beach, Government Cut, and we are currently searching for a possible missing boater,” said Florida Fish and Wildlife Officer Ronald Washington. 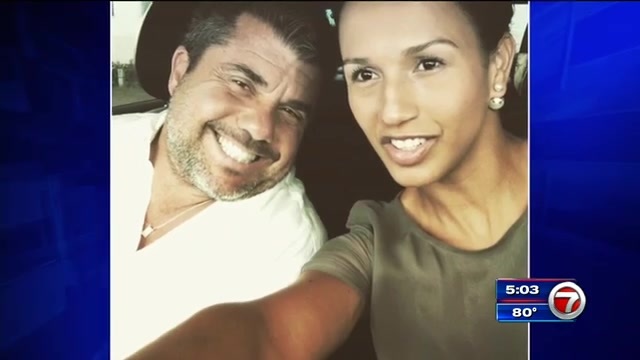 The deceased victims were identified as Broward County residents Chris and Elis Colgann.

“I’m just shocked. I don’t understand any of it,” he said.

The teen said the victims were celebrating his mother’s birthday at the time of crash.

“They went on the boat that day. They went to Miami ’cause my mom wanted to go for her birthday, ’cause her birthday is today,” he said.

Colgann said he and a friend also went out on the water around the same time, but on a different boat.

When he and his friend returned home and his parents were not back, the teen knew something was wrong.

“Like 12 o’clock strikes, and I’m like, ‘OK, they should be home right now,’ and then I was kind of worried,” said Colgann.

Shortly after, he heard about a boat crash near Government Cut. Images of the battered boat confirmed his worst fears.

Colgann soon learned his parents did not survive the impact.

“I just feel terrible. I feel like I’m in a nightmare, and I can’t wake up,” he said.

The holiday heartbreak has torn through another family. Colgann said a friend of his father, Troy Forte, and Forte’s girlfriend were the other people on board the boat.

An air rescue helicopter hovered above the crash site on Easter Sunday, as a Miami-Dade Fire Rescue dive team spent hours searching for the missing boater.

The wreck took place near the same location where Miami Marlins star pitcher Jose Fernandez and two other passengers were killed on Sept. 25, 2016.

Toxicology reports revealed Fernandez had alcohol and cocaine in his system, but his family attorney claimed he was not operating the boat.

“As we continue this investigation, more details will follow as they are confirmed,” said Washington.

As he waits for answers, Colgann said he is struggling to find the strength to make sense of this tragedy. He added that he wants the community to remember his parents as sweet, caring people who raised him with nothing but love and affection.

“They were just so generous, kind. Like, I have so many friends that come over, and everyone feels like their parents to them, there with open arms to anyone,” he said as he broke down in tears, “All I can describe them is, they’re amazing people.”

Colgann said his father was an experienced boater who was familiar with Government Cut and South Florida’s waterways.

Now Colgann, an only child, is left without a mother and father, as authorities work to determine what went wrong and why.

“It doesn’t feel real. It does not feel real to me,” he said.

As of Sunday afternoon, the condition of the victim who was taken to the hospital remains unknown.

Sunday night, the overturned boat remained at the same location. It is expected to be removed on Monday.