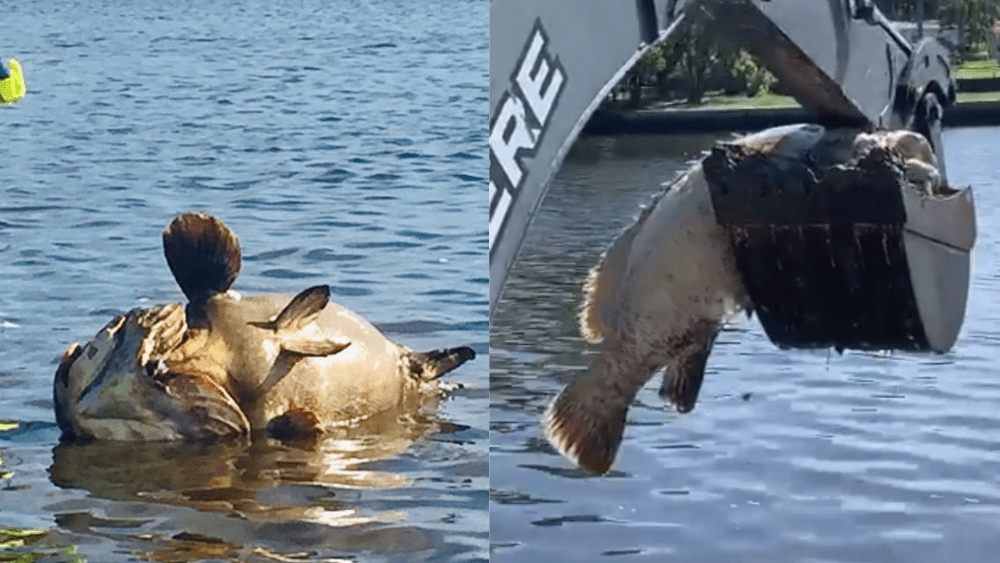 According to Fox 13, one of the creatures was found near Lassing Park in the Old Southeast neighborhood and north of downtown. Wendy Wesley managed to capture photos of the deceased creature.

The second grouper was found about five miles away at Crisp Park. That grouper weighed an estimated 400 pounds, and crews needed a backhoe to remove it.

The current cause of death for the groupers is unknown, but they were found in the midst of a massive fish kill in the area. Officials said more than 600 tons of dead fish and other marine life have been removed in recent weeks along St. Petersburg, due to a large bloom in toxic red algae.