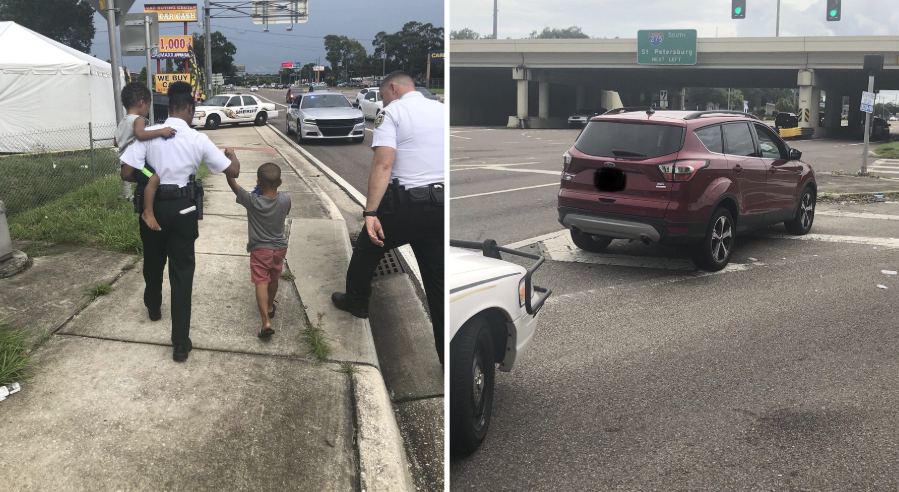 TAMPA, Fla. (AP) — Florida authorities say two children were rescued from the back of a car after two adults were found passed out.

The Hillsborough County Sheriff’s Office says passers-by noticed two small children trapped in the back of a parked car near Interstate 275 in Tampa on Sunday.

Two children are now in good hands, thanks to #TeamHCSO deputies.
Deputies found them in a vehicle with the driver & front passenger passed out on Bearss Ave.
Both adults had to be administered #Narcan to be revived. They’re facing Child Neglect charges. #SheriffChadChronister pic.twitter.com/CJ7LQsHuvY

The two children were uninjured. Authorities weren’t releasing their ages.

Both adults face child neglect charges. The sheriff’s office says Moreno will be charged with driving under the influence.

Online court records weren’t posted early Monday, so it was unclear if they had lawyers.