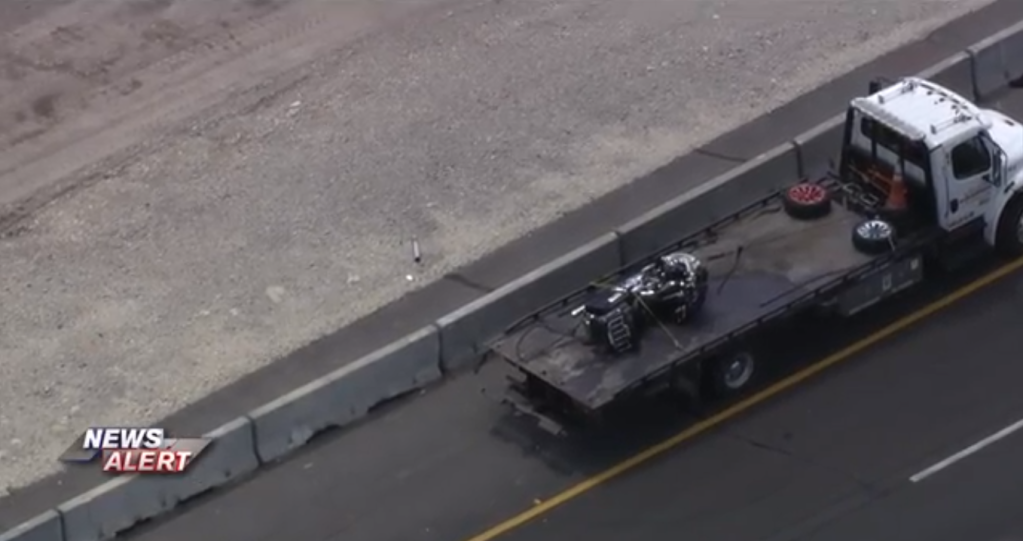 HIALEAH, FLA. (WSVN) - Two people have been airlifted to the hospital after a crash involving a motorcycle along Florida’s Turnpike.

Florida Highway Patrol troopers and Miami-Dade Fire Rescue crews responded to the crash involving a truck and a motorcycle along the southbound lanes of the Turnpike near Northwest 170th Street at around 11 a.m., Thursday.

FHP officials said the motorcyclist and his female passenger were ejected from the motorcycle and landed on the roadway.

The two victims were airlifted to Jackson Memorial Hospital’s Ryder Trauma Center with serious but not life-threatening injuries.

7SkyForce HD hovered over the scene where a motorcycle could be seen on the back of a flatbed truck.

Drivers are advised to avoid the area as all lanes remain blocked.