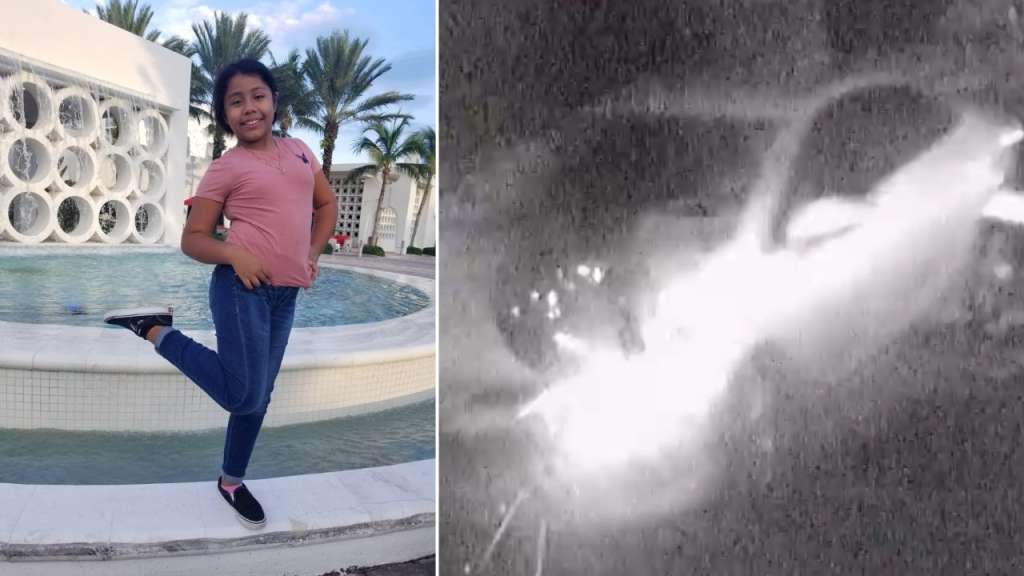 FORT PIERCE, Fla. (WSVN) — A 10-year-old girl has died after she was struck by a hit-and-run driver while she was waiting for her school bus.

Fort Pierce Police responded to the scene at 6:35 a.m. Thursday after they received a call about a hit-and-run crash.

Police said Yaceny was walking across the street to get on the school bus, which had its stop stick out and flashing lights on, when a driver heading northbound struck her and fled the scene.

Yaceny was rushed to the hospital, but she later died from her injuries.

According to WPTV, police said the young girl’s mother and younger sibling may have witnessed the crash.

The impact was so severe, the girl’s shoes and backpack were knocked off her.

Police are now looking for a white four-door sedan with damage to its right front-end.

Anyone with information on the crash is asked to call Treasure Coast Crime Stoppers at 1-800-273-8477 or Fort Pierce Police Traffic Homicide Investigator Shane Stokes at 772-302-4764 or him at sstokes@fortpiercepolicedepartment.org.