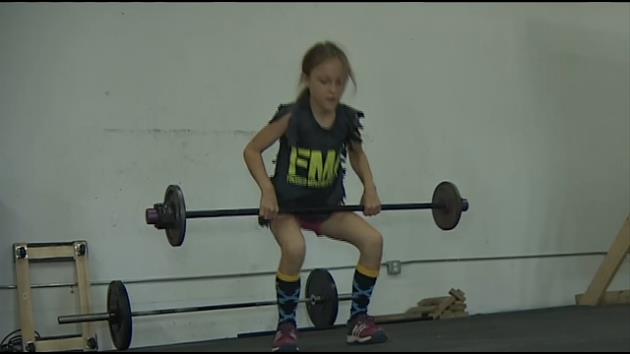 MIAMI (WSVN) — A South Florida girl who has powered through some major obstacles will face her toughest challenge as she gets ready to compete with some of the world’s best athletes, Saturday.

Milla Bizzotto is not your average 9-year-old. Weighing in at 56 pounds and standing 4 feet 3 inches tall, this rising star in the world of obstacle racing lifts, swings and leaps with ease.

The third-grader, who hits the gym for at least three hours a week, is preparing to run the Athlete Race in Miami. The invitation-only race includes a six-kilometer paddle board and a five-kilometer run, among other challenges.

On hand to train Milla and lend moral support is Christian Bizzotto, who pulls double duty as Dad and coach. "This is her playground," he told 7News as he supervised her daughter’s high-octane workout.

Christian, the co-founder of the Focused Movement Academy gym in Miami, said Milla always liked hanging out there, but it wasn’t until she was bullied by some of her classmates that she became seriously involved in fitness.

The gym became an after-school program for Milla, and she began training for obstacle course races. In November, she became the youngest competitor to complete the "BattleFrog Xtreme" 24-hour race designed by Navy SEALs. She ran 36 miles, swam an eight-kilometer course, and did 25 obstacles, for six laps.

On Saturday’s race, Milla will face some fearsome competition, including a former NFL player, a tri-athlete and a rugby player. Inspired by Earth Day, the event will raise funds for charities that protect the environment.

Now, as Milla’s more than 42,000 Instagram followers await their chance to see her on the run, the pint-size athlete said she is determined to reach her peers and make sure to deliver her message loud and clear: no to bullying and yes to physical fitness. "[I] tell them to run around play with their friends," she said.

Milla’s dad could not be more proud of her, on and off the field. "She is such a strong individual right now that she cannot be bullied," he said. "That’s winning for me."

Milla has a busy schedule ahead. In August, she will fly to Hawaii to participate in the Spartan Trifecta.