Lawyer Without A License? 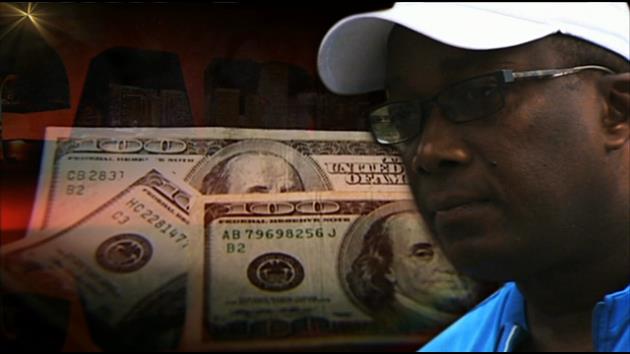 Patrick Pearce originally claimed he was the victim of people out to slander what he called his “impeccable character.”

Patrick Pearce: “So what I do is basically non lawyer document preparation, and any allegation that I’m acting as an attorney is not true.”

But former clients Denise Granston and Connie Bogle disagree. They told us they paid Pearce to handle immigration matters and got nothing for their money.

Carmel Cafiero: “Did you think you were dealing with an attorney?”

Denise Granston: “He told me at the beginning he was an attorney.”

Connie Bogle: “He said he was. He told me he was a lawyer.”

Carmel Cafiero: “No doubt in your mind?”

Connie Bogle: “No doubt in my mind whatsoever.”

And now the Florida Bar has taken action based on their complaints and those of other former clients. The Bar issued a permanent injunction that prohibits Pearce from performing a laundry list of duties, all associated with the practice of law.

Among them:
– Giving legal advice
– Identifying himself as an attorney
– Advertising that implies he is a lawyer
– Engaging in the unlicensed practice of law

Connie Bogle: “I’m glad that the Florida Bar has investigated and has found that Patrick Pearce is really culpable.”

Denise Granston: “One of the things I am happy for is that when it started, there were so many persons who did not believe.”

In our original report, Denise and Connie said Pearce promised to refund the money they paid him to handle their immigration cases, but he never delivered.

Carmel Cafiero: “You returned money to them?”

Patrick Pearce: “Let’s not talk about that, but anyway, I have to run so, you know, nice to talk to you.”

He doesn’t have a choice now. The Florida Bar agreement calls for restitution to Connie and Denise and two other customers. He has also been ordered to pay for the cost of the bar’s investigation. The total tops $13,000. ($13,366.03)

Denise Granston: “At the outset we actually wanted to ensure that Patrick, whatever he did, he’s going to be held accountable for it.”

In agreeing to the injunction, which his lawyer says is in his best interest, Pearce does not admit to any wrongdoing. He turned down our request for an interview.

Connie Bogle: “It’s taken a long time, but I’m glad its gotten to where it is now.”

Before the injunction is final, the Florida Supreme Court has to accept it, which it is expected to do. Carmel Cafiero, 7News.