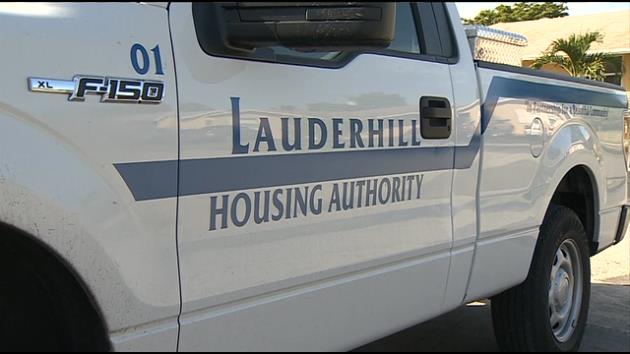 WSVN — Public housing authorities help low income families find a place to call home. But the housing authority in Lauderhill is doing something very different and investigative reporter Carmel Cafiero is on the case.

According to the Lauderhill Housing Authority website, its mission includes assisting “residents in obtaining affordable housing.”

But it is also helping its own workers.

Based on documents obtained by 7News, the authority loaned hundreds of thousands of dollars to city employees to buy homes in gated communities.

Charles Faranda: “I don’t see any procedural problems with it.”

Standing next to him is Kennie Hobbs, who earns close to $165,000 a year as an assistant city manager. He is also the Executive Director of the Lauderhill Housing Authority.

Hobbs had a private mortgage on this home that public records show he bought for $400,000 in 2007. Yet this Summer, the Lauderhill Housing Authority gave Hobbs a $375,000 mortgage for him to buy a second home.

Carmel Cafiero: “And where are those homes?”

Ron Cacciatore: “They’re located in Lauderhill within probably a five block proximity to each other.”

As the Executive Director of the housing authority, Hobbs is so powerful he can grant mortgage loans of up to $200,000 without any other approval. Since his loan was for $375,000, he needed the authority’s board to approve it.

Carmel Cafiero: “You don’t find a conflict of interest in that you borrowed that money?”

Kennie Hobbs: “No. It was approved by the board which is required.”

Carmel Cafiero: “And the housing authority board did approve that loan. The authority has a program that provides mortgage loans to city employees. The money comes from pension plans for city workers.”

Lauderhill’s loan program is unique, according to the executive director of an organization of 87 Florida housing authorities. Corey Mathews spoke to us by Skype.

Corey Mathews: “To my knowledge, I’m not aware of anywhere else where it occurs.”

Carmel Cafiero: “Well this isn’t filled out completely. It doesn’t show the unpaid balance from the credit union loan.”

I found an incomplete application for the housing authority’s second largest mortgage which went to its Deputy Director Julie Saunders. On her application, both the credit union balance and a credit card balance were blank.

Carmel Cafiero: “I just wanted to show you where it’s blank.”

All she said was no comment and drove away.

According to information provided by the city, 17 of the housing authority’s loans were to employees, but the loans to clerks, a fire fighter and police officers, were far less than those given to Hobbs and Saunders.

Carmel Cafiero: “You don’t see a conflict of interest in that?”

Alfreda Coward: “I do not.”

Lauderhill maintains the home loans to its employees is a benefit to all and that no residents got less as a result. Carmel Cafiero, 7News.