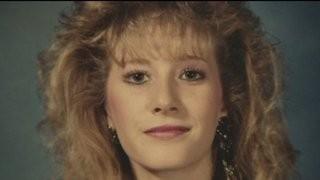 WSVN — This video is from our archives from 1994. The body under the red sheet belonged to Kristie Gunderson Lee.Barbara Skinner: "It's hard to say what was going through my mind. I guess I was in shock."Barbara's daughter Kristie had moved to South Florida with her new husband Jeff.Barbara Skinner: "She met Jeff while we were living in Austin and they decided to move to Florida because his parents were there."Jeff and Kristie had a baby and moved in with Jeff's parents. But unfortunately Kristie and her in-laws did not get along well.Barbara Skinner: "Apparently, there had been quite a bit of discord that I didn't know about. I found out about it later from some of Kristie's friends. They told me that they had had some physical fights."Jeff and Kristie eventually moved into their own apartment on the day of the murder while Jeff was at work. His parents Kay and Joe Petralia went to the apartment to pick up their grandson and run some errands. Later that morning they called police.Detective Bryan Tutler: "They returned to the apartment at 10:30 and that's when discovered Kristie Lee." Kristie had fought back against her attacker or attackers. At the time, 7News reported the apartment was bloody that Kristie had been hit in the head and strangled, and Kristie's in laws, who found her body, were called people of interest.Detective Bryan Tutler: "They were very cooperative with the investigation in the early stages and throughout the course they were cooperative."Co-operative except for one thing. When detectives asked the Petrailias to take a polygraph test they said no, which Tutler says is not unusual. Detective Bryan Tutler: "People refuse polygraph tests for a variety of reasons. Some people just don't trust them. Some people feel they'll show they failed even though they passed and make them look guilty."The case to find the killers of Kristie Lee slowly ground to a halt. No clues, no breaks. But 18 years later BSO detective Bryan Tutler has not given up.Detective Bryan Tutler: "The death of Christie Lee is not forgotten. The most important thing is for anyone who has any information to come forward so that I could follow up anything new."Patrick Fraser: "Kristie's two year old son is now 20. Her husband has remarried. Her father in law has died. Her mother in law is still alive while Kristie's mother Barbara still lives in sorrow."Barbara Skinner: "The wait has been terrible. Just waiting and hoping that some evidence will be found. It's been really hard waiting and wondering."Waiting and wondering…does someone know something? Does anyone know anything?Detective Bryan Tutler: "Anything that you can give us nothing it going to be overlooked, everything will be followed up. No information is too small."To answer our own question odds are yes. Someone does know something.Detective Bryan Tutler: "I would say to anyone who knows any little thing at all to please call in to the detective. We need some justice."Its time to make a call. 18 years have passed, its time for someone to get things off their chest. Its time to point the finger at the killer of a young Kristie Gunderson Lee. If you have any information Broward Crimestoppers would appreciate a call. And if you have lost a loved one and want to remind people who have forgotten, give us a call and show you are still Out for Justice. FOR MORE INFORMATION:Out For Justice: 305-598-HELP(4357)Miami-Dade or 954-796-HELP (4357) in Broward