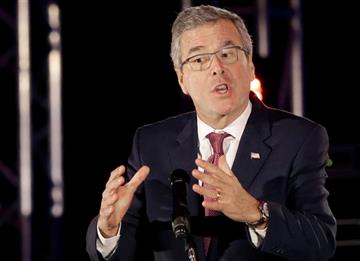 RALEIGH, N.C. (AP) — Former Florida Gov. Jeb Bush says he trusts the legal process that resulted in charges against six Baltimore officers in the death of a man from injuries sustained while in police custody.

The likely presidential candidate was asked on Friday how a president can address rising anger toward police. He told reporters a president can lead a conversation on how to fight the pockets of poverty that can result in dissatisfaction and anger.

Commenting on the Baltimore case, Bush said: “The process works” and “people are innocent until proven guilty.”

Bush met Friday morning with dozens of supporters at the North Carolina Republican Party headquarters in Raleigh as he edges closer to a decision on whether he’ll seek the GOP presidential nomination. He says he’ll decide soon.