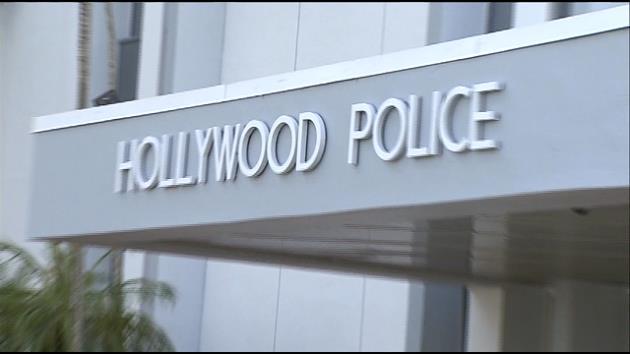 More bad news for the Hollywood Police Department tonight. First, rape kits were discovered that had not been tested for years, and now a consultant’s report reveals significant problems with the internal affairs unit. Investigative reporter Carmel Cafiero is On the Case.

WSVN — The last several years have been difficult for the Hollywood Police Department.

Officer: “Do a little ‘Walt Disney’ to protect a cop because it wouldn’t matter because she’s drunk anyway.”

There have been charges of bending the facts to protect a fellow officer and providing protection for mobsters, who were really undercover FBI agents.

But a new chief took office about five months ago, and when he did, he ordered a consultant to review Internal Affairs, the department responsible for investigating allegations of corruption and citizen complaints against officers.

Carmel Cafiero: “According to the report, Internal Affairs files were purged, destroyed. This is of such concern that the Broward State Attorney’s Office is investigating.”

Hollywood Police Chief Frank Fernandez: “We’re doing a review of the entire department. Internal Affairs is one of those. It is to identify the best practices that we can identify. I will reiterate again. This has nothing to do with any of the officers in the department right now.”

According to the consultant’s report: “Not all criminal conduct that was alleged against members of HPD was brought to the attention or reviewed … for possible criminal charges.”

Carmel Cafiero: “How significant is that?”

Chief Frank Fernandez: “Well, again, that is part of the review that we’re doing with the State Attorney’s Office.”

The report discloses many investigations were done over the phone, and that: “Incomplete cases were found throughout the review process. In some reports, the investigation completely ignored the misconduct asserted.”

Chief Frank Fernandez: “And we’re gonna make sure as we move forward into the future that our files are properly documented, utilize technology to its optimum level, and that we’re unitizing every tool to be transparent.”

In a 7News report earlier this month, we revealed 94 rape kits had gone untested for as long as eight years at the police station. The chief blamed the system used in the past, but the president of the police union told me he thinks the chief threw his troops under the bus in our story.

Jeff Marano: “I don’t see the future as being very bright, as far as his lack of leadership. I think he’s not the right man for the job, clearly.”

Carmel Cafiero: “So you just don’t like him, do you?”

Jeff Marano: “Nobody likes him.”

How that attitude affects the department, if at all, remains to be seen.