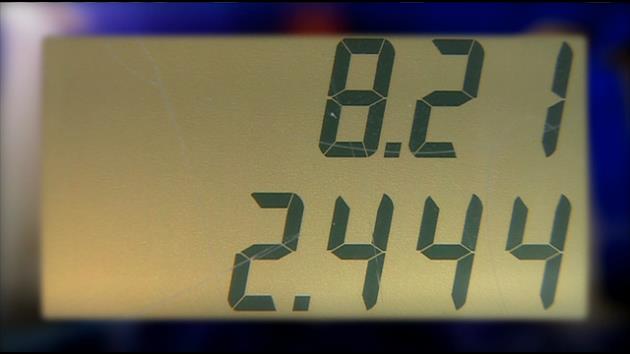 How much tax do you pay for a gallon of gasoline? Think about it. Don’t know? That’s understandable because it’s not shown, it’s hidden from you. Can the state do that? It’s why one woman called Help Me Howard with Patrick Fraser.

In 1773, the residents of Boston tossed an entire shipment of tea from London into the water to protest the British tax on tea. The revolt helped lead to the American Revolution.

Now, Jean Benacchio is ready for a gas tax revolution.

Jean Benacchio: “You can’t fight something you don’t see, that is what makes me so mad.”

Take a guess at how much tax you pay for each gallon of gasoline you buy. Seven cents 27 cents? You are not even close and you won’t find out what it is if you look at the gas pump. Nothing listed there.

Now take a look at your gas receipt. By tax it says zero.

Jean Benacchio: “They just don’t want us to know what we are being taxed.”

If you buy soap, shoes, food at a restaurant, the percentage of the sales tax and the total tax is listed. It’s required by law to be posted on your receipt. The tax on gas…nothing showing anywhere.

Jean Benacchio: “A middle class man who has two jobs and he is in his truck and has a 20 gallon tank, he is paying $12 in tax and he doesn’t even know it.”

Jean Benacchio: “If they see if on the pump, then someone can say that is really ridiculous.”

And so Jean says, let people know about the gas taxes they are paying.

Jean Benacchio: “I want a stamp on every pump that says this is the tax you are paying. This is federal, this is state, this is your total, in every single pump when you pay.”

Well Howard, state law requires the feds, the state and counties reveal the tax they are charging you, but can the gas tax be kept from you?

Howard Finkelstein: “For a reason that is not clear, the Florida legislature has exempted gas stations from having to disclose the taxes that government agencies are charging you for a gallon of gas. Is it legal to hide it? Unless someone challenges it in court, yes.”

Of the gas tax in Florida, 18 cents goes to the federal government. The state of Florida pockets 17 cents per gallon. Broward hits you for 19 cents a gallon and Miami-Dade and Monroe stick you for 17 cents per gallon, driving it into the 50 cent plus range for each and every gallon of gasoline you buy.

Florida is not the worst though. California is the highest at 71 cents. Lowest is Alaska at 30 cents, but Florida is up there. The 54.4 cents coming in at No. 11 and it’s getting worse.

Look at this chart, every year the taxes charged on a gallon of gasoline keep going up in Florida.

Howard Finkelstein: “The taxes you pay, or don’t know you pay for gas, are required by law to be spent to build and maintain transportation related projects, such as roads and bridges.”

To be realistic, Jean doesn’t have hopes the gas tax will be lowered but she has started a petition, to at least, get the politicians in Florida to reveal the taxes they charge for each gallon of gasoline.

Jean Benacchio: “It has to start some place because if you don’t do something now, you are going to regret it tomorrow.”

Patrick Fraser: People who don’t want to show the gas tax say it’s too difficult to do. Not much of an excuse, I mean, how hard is it to have a sign at the gas station that says 52 or 54 cents tax on each gallon of gas?

If you want to sign Jean’s petition to force the state to show you how much your gas tax is, click on the link below.

A taxing problem left you gassed? Ready for someone to pump out a few solutions? Contact us. Nothing hidden with us. We put things on TV for everyone to see.