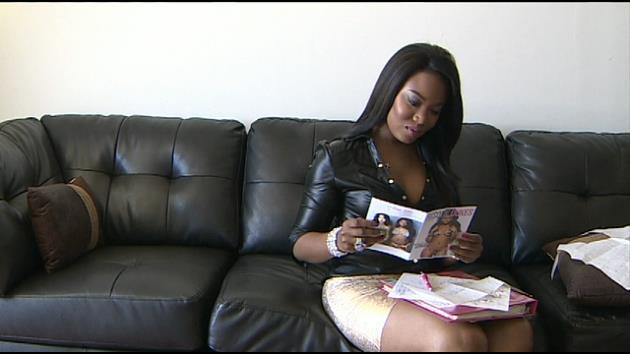 WSVN — One of the great things about Help Me Howard is the number of people they are able to help, but sometimes the help comes after the stories air, and it comes from people like you. How often does that happen? Lets bring in Help Me Howard with Patrick Fraser to answer that question.

If you don’t think people in South Florida want to help others, just watch what happens after a Help Me Howard airs.

Raul Villafanez: "I am very grateful, too, for everyone that is helping me."

Raul Villafanez: "I am not a John Doe anymore."

Then our story aired. Jules Boucicaut helped Raul pass his driving test. Another viewer donated a car to him.

50 State Security’s John Williams hired Raul as a security guard. Since Raul wants to become a police officer, Amscot offered to pay for his tuition to the academy. Miami-Dade Police’s Chuck Duncan stepped in to guide Raul through the process.

Chuck Duncan: "And hope that one day we will be doing a story about him being sworn in."

Raul has come so far this year, thanks to so many people.

Risque Dukes: "Oh, my gosh, the viewers were great."

Risque is a swimwear designer. She felt she was ripped off by a promoter. Then she was on Help Me Howard and was stunned by the number of viewers who wanted to buy her bikinis.

Risque Dukes: "Risque Dukes will be a national brand. We will be worldwide."

Elayna didn’t know what in the world to do after her dog Monte disappeared. Someone took him to a vet’s office, but the chip company refused to tell Elayna where he was. After our story aired, a Broward woman found Monte. Elayna got him back.

Elizabeth Antuna: "I cried. I cried because it was unexpected, and I couldn’t believe it."

Elizabeth never expected what happened to her. She bought a used car based on an old Carfax that didn’t show the car had been in a major accident, making the vehicle worth half what she paid for it.

Elizabeth Antuna: "I wanted to cry. I was embarrassed."

Frank Esposito owns Scammer Guard. After our story aired, he called me and offered to talk to the owner of the used car lot. Frank convinced him to take the car back and return Elizabeth’s money.

Elizabeth Antuna: "I am beyond grateful, I have told Frank many times, for him, for the Channel 7 News."

Marlene was grateful and surprised … after her bad encounter with a tow truck driver.

Marlene Wellington: "So I went running over. No, no banging on the window, and so on."

In a rush to snatch her car up, a tow truck driver damaged the bumper. The tow company’s insurance refused to pay for the damage, so after our story aired, Angel Torres, the owner of the towing company, stepped up and paid to repair her car.

Marlene Wellington: "Without you, I could never have gotten it. I’m so appreciative. It’s new again."

Speaking of unexpected, Ory Fernandez really got help after her story aired.

Ory paints faces at kids’ parties and paid the owner of the Palmetto Bay Coffee News for some ads. He didn’t print them. When Ram Ramkissoon saw her story, he gave her ads in his coffee newspapers.

Ory Fernandez: "Ram and then I put it in my three editions."

Gilbert Gutierrez saw Ory on Help Me Howard and printed up 5,000 fliers for her, for free.

No big deal for Gilbert, but help is always a big deal to the people who need it.

Patrick Fraser: "Were you surprised that people stepped forward?"

Ory Fernandez: "Yeah, ’cause sometimes I feel like you kinda lose faith in humanity."

You might not think it when you are driving down the Interstate, but most people is South Florida are wonderful people. Wonderful, generous people.