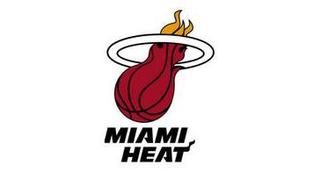 Shane Battier scored nine points off the bench and James shrugged off a quiet start for the Heat in a ragged first half for both teams.

Tim Duncan had 13 points, five rebounds and four steals for the Spurs, who were trying to become the first road team to win a finals Game 7 on the road since Washington in 1978. Kawhi Leonard added five points and 10 rebounds.

Chris Bosh was scoreless with just four boards and three fouls for defending champion Miami, which turned the ball over eight times.

Tony Parker had 10 points and three assists, but Manu Ginobili picked up two fouls in the first six minutes and had seven points. The Spurs shot 35 percent.

Despite their relative wealth of experience, both teams looked a little nervous and a little gassed from an epic Game 6 two nights ago.

Duncan put up 30 points and 17 rebounds in a throwback performance, but James scored 16 of his 32 points in the fourth quarter and posted his second triple-double of the finals and Ray Allen made a 3-pointer with 5.2 seconds to go that forced overtime and rescued the Heat.

The stunned Spurs had to try to find one more reservoir of energy to finish this series out, and their big fella had plenty of juice early, getting a steal at the top of the key and dribbling the length of the court for a dunk and later blocking a dunk attempt from Bosh.

Battier, who got off to a horrid shooting start in the first five games of the finals, couldn't miss in Game 7. His third 3 of the first half gave Miami a 21-16 lead early in the second quarter.

But Parker got going with a couple of free throws and a savvy back-down of Mario Chalmers on the block and Duncan converted a three-point play to tie it at 27.

James missed four of his first six shots, but converted a three-point play on an acrobatic drive to the rim and hit a 3-pointer from the top of the key for a 33-27 lead, bringing the white-clad home crowd to their feet.

Duncan just wouldn't let the Spurs fade. The 37-year-old had a three-point play, four free throws and another layup that tied the game at 40 and Ginobili's two free throws gave the Spurs the lead again at 42-40.

James' putback tied it again and Wade hit a mid-range jumper just before the first-half buzzer to give the Heat the halftime lead.

For a series that has swung back and forth so wildly — from game to game and quarter to quarter — it had to go the distance. The two teams traded victories through the first six games, with blowouts in Games 2-5 sandwiched between classics in Game 1 and Game 6.

This was just the sixth Game 7 in an NBA Finals in the last 35 years, and the gravity of of the situation certainly hit home with the players.

"All of our legacies are tied to this moment, this game," Allen said. "It's something our kids will be able to talk about that they were a part of. Forever will remember these moments, so we want to not live and have any regrets."

Luminaries including Bill Russell, Cal Ripken Jr., Jack Nicklaus and the hip-hop star Drake were in attendance for this highly anticipated matchup that had so much on the line for both teams.

For James and the Heat, it was a chance to cement themselves atop the NBA universe. A second straight title would thrust the Heat into the same sentence of some of the great franchises who have gone back-to-back, and complete James' takeover of the league in general, something Duncan predicted in 2007.

After the Spurs swept James' Cleveland Cavaliers six years ago, Duncan found the emerging young superstar for a quiet moment amid all the celebration. Duncan told James that this league would one day be his, and James has been proving him right over the last three years.

But a loss on Thursday night on his home floor would have dropped James to 1-3 in NBA Finals appearances and led many of the Heat's legion of critics to pronounce this super team a failure. Such were the expectations when James, Wade and Bosh united three summers ago, starting the pursuit of "not one, not two, not three" titles. They lost to Dallas in their first season together, dropping Game 6 on their home floor, but rebounded to blow by the Oklahoma City Thunder last season for James' first championship.

This season was supposed to be more of a second coronation ceremony for the defending champs rather than a competition, but it's been more difficult than anyone ever imagined. The Pacers pushed the Heat to seven games in the Eastern Conference finals, and these proud Spurs had them on the ropes here in Game 6 when James and Allen swooped in to save the day.

The Spurs held a five-point lead and were 21 seconds away from their fifth championship when James hit a 3-pointer and Allen knocked another one down with 5.2 seconds left to force overtime.

The stunned Spurs, who aren't used to letting leads slip away in the closing moments, were outlasted in overtime and spent the next day and a half trying to come to grips with the opportunity they lost.

"That was a devastating loss," Spurs coach Gregg Popovich said before the game. "To say anything less would be disingenuous."

The Spurs held a team dinner after that game, leaning on each other to get through it and answer the bell for Game 7.

A victory would mean a remarkable 14 years between Duncan's first title in 1999 and his fifth. It would also validate the Spurs' decision to stick with their core of Duncan, Parker and Ginobili for a decade plus, even when they had gone six years between finals appearances