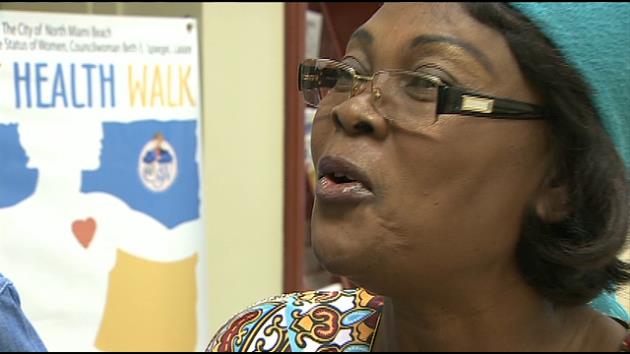 They came for help and help they received. But their troubles weren’t over after their story aired, so Help me Howard continued to help and make sure their problem was resolved. Here is Patrick Fraser on tonight’s Help me Howard.

WSVN — You can fight City Hall, if City Hall has common sense and a heart.

Roselaine Joseph: “And me and my husband, honey it better to put up a fence.”

Roselaine and Fito wanted to put up a fence around their North Miami Beach house so they got the permits to do it.

Roselaine Joseph: “I follow the law to make sure I don’t have a problem.”

After spending $8,000 to have the fence installed, the city concluded that the five foot fence needed to be lowered to four feet, which would cost the Joseph’s another $3,600.

Howard said legally the city can make a mistake and force you to correct it.

Howard Finkelstein: “Yes. They can make you fix it however, they also have the legal right to give you a break. In other words, a variance.”

And give North Miami Beach credit, they sent the Joseph’s to a three member board that decides whether or not to grant a waiver to the code.

The board listened to the city official and they listened to Mrs. Joseph. Then they voted. North Miami Beach allowed the Joseph’s to keep their five foot fence.

Roselaine Joseph: Thank you for all your help we got from you.”

They got to keep their fence. I got a hug from Mrs. Joseph. No hugs will be coming though from Miami Spice.

Melissa Caplan: “And I figured since it’s home I rather stay close to my family and play in Miami.”

Melissa Caplan signed a contract to play for the Spice in 2013. She did her part. The spice, well they didn’t pay her for her play.

Melissa didn’t get paid last year. Then we got an email that the spice were having tryouts for this years team, so we stopped by to talk to the Spice owner, AJ McArthur.

AJ McArthur: “We can’t stop because we have some hiccups last year. We just continue growing and continue moving forward.”

McArthur admits the players from last year did not get paid but says it happens.

AJ McArthur: “It’s a new business. You’re going to have good things and bad things. Unfortunately, we had a mishap on paying the players.”

McArthur says he will set up a different plan to pay the girls in 2014, putting the girls who didn’t get paid in 2013 behind him.

The Social Security Administration probably wishes they could put a South Florida problem behind them.

Ana contacted us after she received a disability notice from the Social Security Administration that included letters with confidential information meant for two other people, one in California and one in north Florida.

Ana Veloz: “I can’t imagine having this information sent to somebody that would make harm to these people. It’s just scary, it’s very scary.”

After we contacted the Social Security Administration, they sent out people to pick up the letters meant for others, and they told us this was an isolated incident. Then our story aired.

Cynthia McIntyre: “It’s not isolated and people’s information is probably all over the world.”

Cynthia McIntyre contacted us after the story aired. That day she had gotten a letter from the government denying her disability request.

Cynthia McIntyre: “I am totally disabled.”

Included in her letter was one to another Miami-Dade woman with her Social Security and other confidential information included.

Cynthia McIntyre: “If i wasn’t a god fearing person that would have been my first thought. I got everything I need to do identity fraud, but I am not a crooked person that’s why I called you to let you know this information should not have been sent to me at all.”

That’s right. The next day, the Social Security Administration sent the other persons information to Cynthia again.

Cynthia wanted us to get it to the right person.

I guess he thought we were crooks. He didn’t want our help so we sent it to the Social Security offices, and fortunately there are plenty of other people who do need our help.