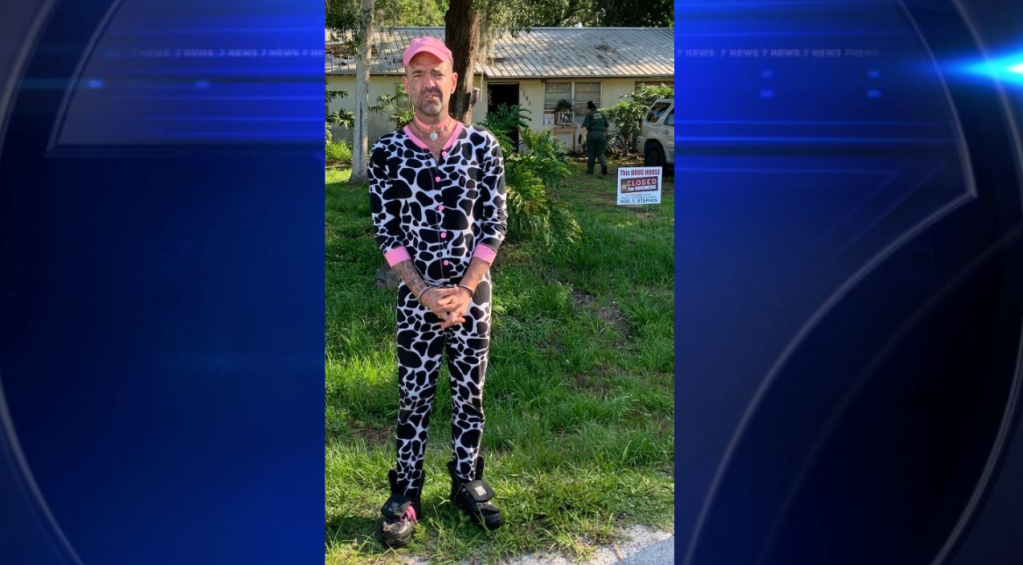 (WSVN) - Several people were arrested in a drug house bust in Florida, including one suspect taken to jail in a one-piece cow suit.

According to the post, on Friday, members of the Okeechobee County Sheriff’s Office Narcotics Task Force and the Special Response Team served a probable cause narcotics search warrant on a home in Okeechobee.

Bonnell, charged with possession of ammunition by a convicted felon, among other charges, was taken into custody in the one-piece cow suit and a pink hat.

The sheriff’s office had the last laugh in their Facebook post, warning residents who want to deal drugs in their county to “consider MOOOOOO-ving.”

Johnston was arrested for the possession of drug paraphernalia.