Flakka and The Rise of Dangerous Synthetic Drugs 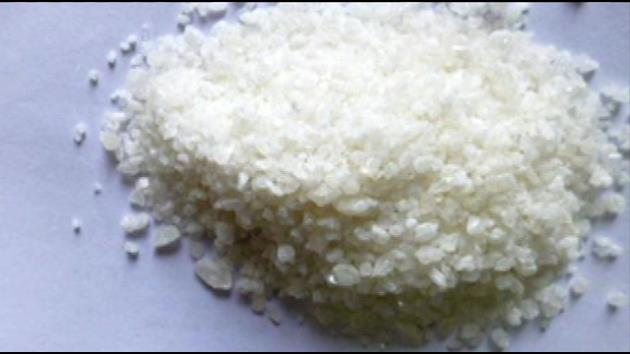 WSVN — A dangerous drug has seen a surge on South Florida streets and has made international headlines, but experts say it could just be the tip of a troubling trend. Investigative Reporter Carmel Cafiero is on the case.

It’s been a bizarre few months in Broward County. In February, a man tried to break in to Fort Lauderdale Police Headquarters.

Another had to be rescued after he was impaled trying to scale the station’s fence.

Fire Official: “Went into his leg and exited in the rear.”

A third was captured on camera streaking down a busy street.

Three men, who authorities say had one thing in common. They were all high on the street drug “flakka” and they’re not alone.

Capt. Dana Swisher: “We’re looking at anywhere from five to 10 events a week where they’re having to deal with someone on flakka.

A person on flakka can present a danger to police, so Fort Lauderdale officers have been getting special training.

Capt. Dana Swisher: “Individuals on this drug are exhibiting super-human strength. Our officers usually don’t address a person on flakka if they don’t have minimally four people there. It’s going to take, minimally, four people to restrain their extremities.

Officers aren’t the only ones on the flakka front line.

Dr. John Cunha: “Here at Holy Cross, we’re seeing up to two to three cases a day now where we’re seeing patients with altered mental status, they’re flailing around, they are not controllable. They’re not coherent mentally.”

Experts say flakka, scientifically known as “Alpha-PVP”, can cause “excited delirium” where body temperatures rise and kidneys can fail.

Dr. John Cunha: “One bad trip or one overdose on this drug can definitely kill you.”

Carmel Cafiero: “As scary as that sounds, the drug’s rise in South Florida only tells part of the story. The sobering reality is the synthetic drug epidemic didn’t begin, and doesn’t end, with flakka.”

It’s hard to outlaw these synthetic drugs because the manufacturers can make minor chemical changes to them when specific compounds are banned. They are also being sold online.

Dr. John Cunha: “This is a humongous problem and we’re just seeing the tip of the iceberg now.”

And the question is what drug is next?

IF YOU HAVE A STORY FOR CARMEL TO INVESTIGATE:
Miami-Dade: 305-627-CLUE
Broward: 954-921-CLUE
E-mail: clue@wsvn.com
You can also send a tweet to @carmelonthecase.