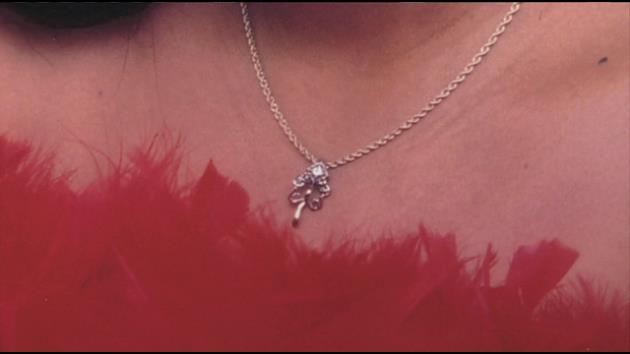 WSVN — When his wife passed away, he was devastated. Today he feels even worse, because a necklace she loved, that was left for him, was stolen by a crook who broke into his home. So many people in South Florida are crime victims, but what can you do? It’s why he called Help Me Howard with Patrick Fraser.

Next year, Ledester Clark will be able to do what many people can’t wait to do: retire.

Ledester Clark: “It would be great. God’s spared my life and has kept me healthy, but it would have been much better had the queen been here.”

The queen was Loretta Clark, Lester’s wife for 40 years, who lost a battle with cancer.

Ledester Clark: “When it first happened, every morning I basically used to get up and come talk to her.”

Loretta’s ashes are in his living room. Her prized necklace is not in the home.

Ledester Clark: “So I walk into the house, into the bedroom, and I see stuff all over the place.”

On July 3rd, around 9 p.m., someone broke into Ledester’s Lauderhill house while he was out.

Ledester Clark: “They broke this window.”

The crook ransacked his home, stealing a couple of watches and Ledester’s wedding ring. But the theft of Loretta’s necklace is the great loss.

Ledester Clark: “When you look at it, you will see the diamond at the top, and it sort of looks like a hook at the bottom.”

Lauderhill police are investigating, but that necklace that Loretta always wore has not turned up.

Ledester Clark: “She never parted with that. The only time she ever really took it off was when she got sick with cancer.”

The loss of Loretta’s necklace crushed Ledester, especially knowing they broke in and walked by Loretta’s ashes to steal it.

Ledester Clark: “So her spirit is still in this house.”

Patrick Fraser: “Is her spirit upset that they came in and did what they did?”

Ledester Clark “They came in here, and it’s just like she’s in here by herself, and I really don’t appreciate it.”

While Ledester is devastated that someone else may be wearing the queen’s necklace, he is not angry, instead choosing to be hopeful.

Ledester Clark: “I pray about it. I pray that someone will have the love in their heart, when they see that piece of jewelry, to call someone and just tell them where it’s at so that we can get it back.”

He would like to get his watches, his wedding ring back. He would give anything to get Loretta’s necklace back for her.

Ledester Clark: “She was a loving person, but she would be very upset that that happened. I can’t promise you a reward, but I know one thing: The Lord will bless you.”

Well, Howard, there are a lot of burglaries across South Florida, too many for police to spend days on each one. So what can you do?

Howard Finkelstein: “After you report it to police, go to work. Remember, burglars want money or something they can get money from, so go to nearby pawnshops to see if they have any of your property. Go to flea markets, and stay in contact with the police to remind them just how important this is to you.”

We went to several pawnshops in the Lauderhill area to show them what the necklace looked like. No one had seen it. We also went to a flea market and looked around. We didn’t find it.

Someone, though, has this necklace. Maybe a gift from a crook. If you have seen it or know who has it, one man would love to have it back.

Ledester Clark: “If I can get that one piece back, I’ll be satisfied, and then I can turn it over to my daughter, where it needs to be.”

If you know where that distinctive necklace is, or know who broke into Ledester’s home in Lauderhill in early July, let us know or let the Lauderhill Police know. And by the way, if you have any valuables, take a picture of them like Ledester did. That way, if they are stolen, you can show the police, a pawnshop or your neighbors what they look like.

Someone intruded into your life and robbed you of your peace of mind? Ready to put things back in their place? Contact us. We don’t carry a badge and a gun, but we will stick up for you.