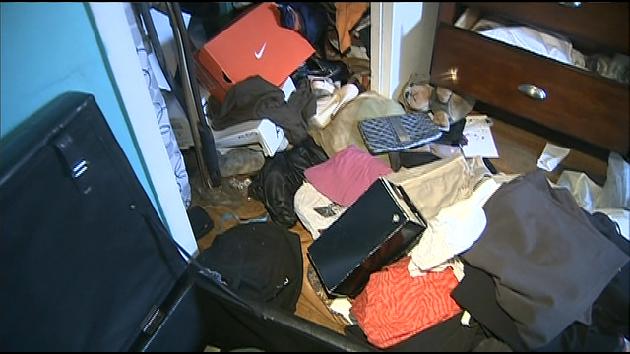 NORTHEST MIAMI-DADE (WSVN) — A South Florida family who had their home tented for fumigation returned to find a crime scene.

Yellenick Pierre had her home tented to get rid of bugs but came back just a day after to check up on her property, only to find the clips that hold the tent together on the floor, a window broken and the front door open.

Crooks had ransacked the bedrooms as they dumped drawers full of clothes on the floor, emptied out suitcases and shoeboxes, as well as stealing two TVs and an Xbox. “I left my house very clean,” Pierre said. “When I came back, this is what I found.”

The crooks also stole clothes Pierre had just bought for her son, who was leaving to Oklahoma on a football scholarship in a month.

Since the house had just been fumigated and the pesticide level was still too high, she was unable to see what had been taken at first.

The suspects risked their lives going through the toxic air just to cause havoc. “To break into someone’s house, and there’s gas,” Pierre said. “You cannot die over some powder stuff like that. Your life is more important.”

Pierre is currently unemployed and does not know how she will replace the clothes that had been bought for her son. “I’m so hurt. I am so hurt,” Pierre said. “Because I’m a hard-working person. From the time I’ve been here, all I do is work, so it hurts me a lot.”

If you have any information on this burglary, call Miami-Dade Crime Stoppers at 305-471-TIPS. Remember, you can always remain anonymous, and you may be eligible for a reward.