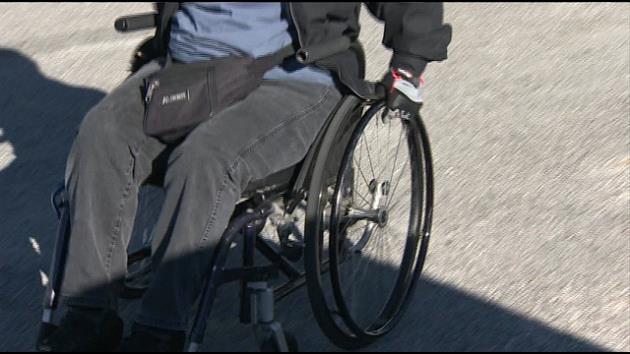 WSVN — Twenty-five years ago, the U.S. passed the Americans with Disabilities Act to, in part, allow handicapped people access to the same places everyone else goes. But is it now being abused by people who sue hundreds of businesses? It’s why we asked Patrick Fraser to check out "Disability Deception."

There are two sides to every story. Sometimes the only question is, which side do you take?

Let’s begin with Patricia Kennedy, who is a quadriplegic and needs a wheelchair to get around.

Patricia Kennedy: "I just want access to that place of business, so I can go in there, have dinner, go to the restroom, go shopping, just like anybody else."

When Patricia mentions access, she is referring to businesses that are not ADA compliant, meaning they don’t have wheelchair ramps, or they have bathrooms that are difficult for a handicapped person to use.

Patricia considers herself an advocate to force the businesses to follow the law.

Patricia Kennedy: "We have a right to go anywhere and everywhere."

Tom Bacon sues businesses on behalf of handicapped people for not following the Americans with Disabilities Act, a law that has been on the books for 25 years.

Tom Bacon, ADA attorney: "It takes a dedicated individual who’s willing to challenge the practice in federal court to get a place fixed."

And then there’s the other side — the businesses being sued.

Mario Magalhaes, slapped with lawsuit: "We never got a notice. We just immediately got a subpoena, and we’re currently in this legal battle."

Mario owns Las Palmas Cafeteria in Miami. His business and several other businesses were sued on the same day.

Mario’s violation: Access to bathroom is difficult, light switch in restroom is too high, and sink knobs need to be changed.

Mario Magalhaes: "We have disabled customers that come here on a regular basis; none of them have any issues whatsoever."

Mario’s violation was spotted by what is called a tester, a person like Patricia, who travels around, sees a violation and files suit. Patricia is busy at it, once suing 20 businesses in a day, and according to court records, 270 businesses overall. She doesn’t think that’s excessive.

Patricia Kennedy: "I feel, if there’s not somebody to stand up and watchdog over these things, these issues will never be fixed."

Bacon estimates he has sued several hundred places, and says it’s necessary to get the law enforced.

Tom Bacon, ADA attorney: "The fact remains that nobody enforces the ADA. local code enforcement tend not to do that because it’s not their job. The only people who enforce the law are people like my clients."

Once a business is sued, the owner has to hire an attorney to resolve the problem. Nolan Klein represents many of those businesses.

Nolan Klein: "My first obligation, as an attorney for any business owner, is to get them out of the litigation, to extricate them from the litigation as quickly, as effectively and as cheaply as I can. At the same time, we want to create access for the disabled."

To settle the cases, some of the violations have to be corrected. And the attorney suing, like Bacon, is usually paid by the business owner like Mario. In Mario’s case, money to pay the other side’s attorney and his attorney.

Mario Magalhaes: "If we’re not complaint with ADA standards, I completely understand. We have to remedy these things and fix them, but to come at us out of nowhere? It’s not fair, it’s not ethical, it’s not moral."

Patricia says she does not get paid to be a tester and is bothered that rather than applaud her, some people criticize her for going after so many businesses.

Patricia Kennedy: "I get bothered by that because I’m not a bad person."