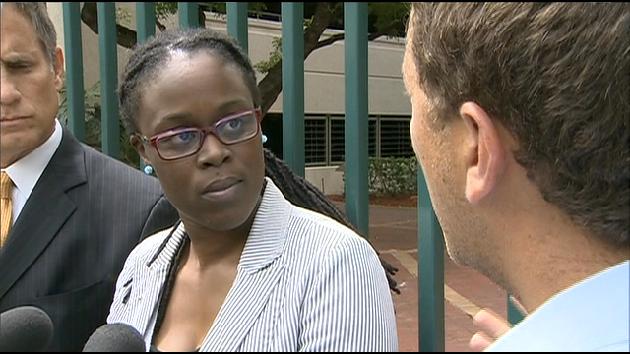 Smith is accused of not being fully certified as a child protective investigator when a baby died in a case she was assigned to at the time.

Smith resigned back in May, after she was accused by the Department of Children and Families of forging paperwork in the case of Catalina Bruno.

Bruno currently sits behind bars, awaiting trial for the death of her 11-month-old son Bryan, who was left to suffocate inside a car in West Miami-Dade.

Immediately after, it came to light that DCF had contact with the family, including a prior case where, police said, Bruno was found passed out drunk in her car with her baby.

At the time, Smith, who was the assigned caseworker, said she sent a request to get Bruno a substance abuse evaluation. DCF has since said this was never done and accused Smith of doctoring paperwork.

It later came to light that Smith did not complete her state-mandated certification process. Lissette Valdez-Valle, Communications Director for DCF released a statement saying: “Ms. Smith was six hours away from completing her certification.”

DCF went on to say that Smith, who was an investigator for two years, was pre-certified and that made her qualified for the job.

Smith’s attorney said, “DCF was aware that my client had not received her certification up to the time of her resignation. Ms. Smith attempted numerous times to find out the status of her certification.”

After the death of baby Bryan, Smith said, she was being used as a scapegoat. When asked why Smith chose to resign instead of fighting for her job, Smith said, “Fight for a job that would put me back in a position where I’m not supported by my supervisors?”