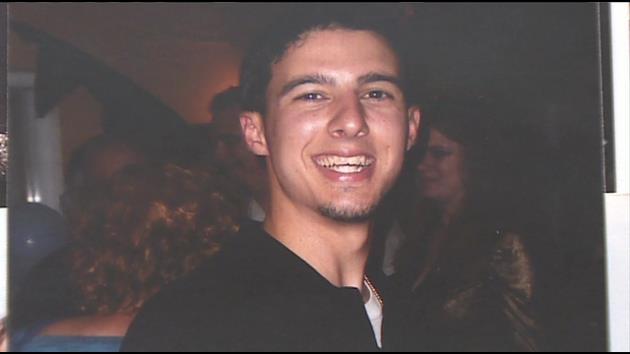 There is an old song that says, only the good die young. It wasn’t written about Danny Fundora, but it could have been.

William Fundora: “Danny was always finding the goodness in everybody that he met. He really had a big heart; he was a very spiritual person.”

The 23-year-old was busy, going to college, working at his father’s pawnshop, and becoming an accomplished writer.

Elizabeth Fundora: “His teachers at school were very impressed with him. He had three of his poems published in a literature magazine.”

But this year, on February the 9th, it all came to an end. Surveillance video shows Danny stopping by his uncle’s business in Opa-locka to get some shrimp for his grandfather.

Elizabeth Fundora: “He calls me on the phone. ‘Mom, how much shrimp do you think that I should get?’ And that was the last time I spoke to him.”

Danny’s girlfriend worked at the business. You can see them laughing and talking inside, then outside, you can see Danny hugging her goodbye. Then he walked with his cousin Alex to a nearby grocery store.

Miami-Dade Police Detective David Denmark: “As they’re walking toward the supermarket, they cross paths with and make contact with an unknown black male.”

The cameras record the suspect walking by them, then walking around the building to a Dumpster where he stands with his back to the camera.

David Denmark: “It appeared to be, maybe he was loading a weapon or preparing something for the assault.”

Another camera shows the alleged gunman going inside the store. Police believe he was looking for Danny and Alex.

David Denmark: “When we see him walk down the aisle, we notice that he has some type of, we call it a duck walk, where one foot goes out to the side and sometimes the other foot, and again. He’s adjusting something in his waistband.”

Outside, moments later, it was clear what he was adjusting a gun. He pulled it on Danny and Alex and said, “Give it up.”

David Denmark: “According to Alexander, that’s when the black male fired, striking Alexander once in the chest, causing him to fall to the ground, and then turned his weapon on Daniel, shot him multiple times.”

The killer would run away. Alex would survive. Danny would die. Elizabeth would rush to the scene.

Elizabeth Fundora: “The last time that I saw my son, the only thing I saw was a bulge covered by a yellow tarp. I didn’t get a chance to say goodbye, or to hug him, or tell him how much I loved him.”

It’s a case that could easily be solved. Police say the video shows who the killer is. What’s missing? One little thing: the name of the guy on camera.

David Denmark: “Just give us a name, even a nickname. We’ll take anything at this point to investigate it deeper and let us do our job and take this killer off the streets.”

William Fundora: “Please step forward and help us out, to get this person off the street. It’s not going to bring my child back, but this person might hurt somebody else.”

Might hurt someone else, and hurt another family. Look at this video. It this looks like someone you know, make an anonymous call to Miami-Dade Crime Stoppers at 305-471-TIPS. There is a $5,000 cash reward waiting for you.

And if you have lost a loved one and want to remind people you are still out for justice, give us a call. With this Out for Justice, I’m Patrick Fraser, 7News.